In my last blog, I emphasized the helpfulness of recognizing the bug order(s) of a hatch. It has since occurred to me that many in their early phases of fly fishing may find that challenging. So this blog is intended to make the identification of bug orders easy.

While it takes an aquatic entomologist to correctly classify all the nymphs and larvae found in a healthy trout stream, fortunately, the adult bugs are much easier to classify. It’s all in the wings! 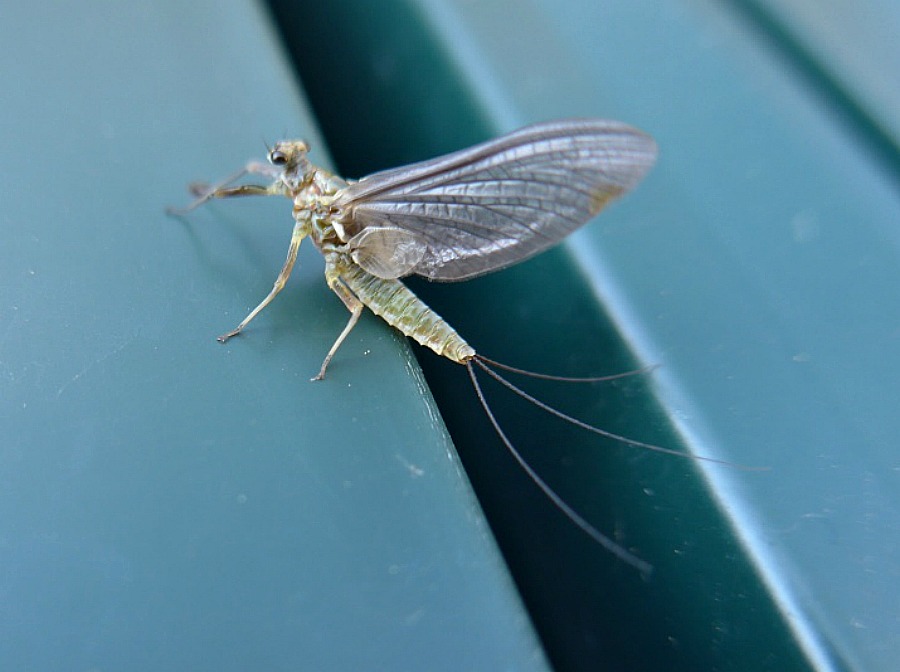 Let’s begin with fly fishing’s classic bug, the Mayfly. Mayflies have four wings, two small wings and two large wings. As seen in the photo above, when resting, they hold their wings together in an upright position, rather like hands held in prayer. This is the signature posture that separates them from the other orders. When sitting on the water with their wings held upright, many fly fishers liken them to sailboats.

When they return to a stream to mate and/or egg-lay, they have a characteristic flight pattern. The males hover in a cloud above the water, and fly in an oscillating, up and down pattern, waiting for a female to fly into the cloud and mate. Only mayflies exhibit this flight pattern. 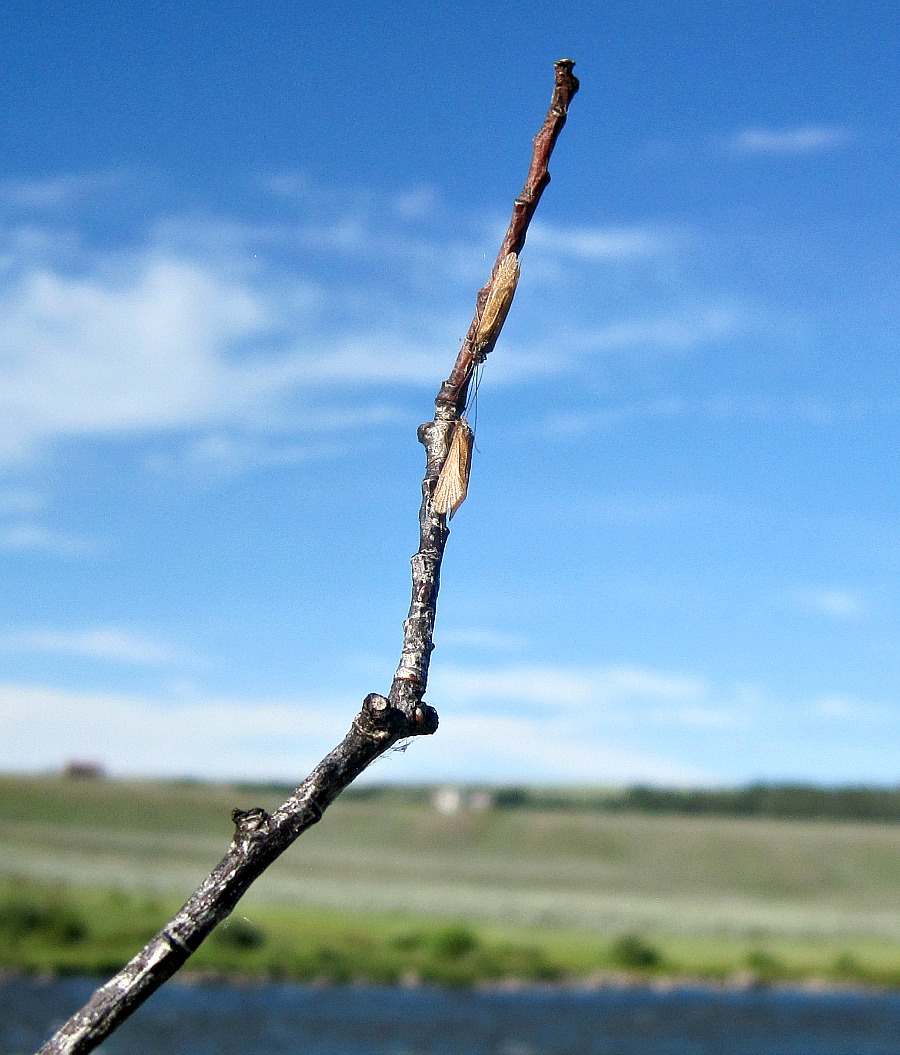 Caddisflies also have four wings. But they hold them very differently. As seen above, they fold their wings like an old fashioned wall tent. This is their signature posture.

When caddisflies emerge, they take a skip or two on the water surface, then take flight. As they skip about, their large wings give them a moth-like appearance. They fly to nearby streamside brush, where they mate. Thus, there is no mating flight or swarm. The egg-laden females return to the water in the evening a few days later to deposit their eggs. 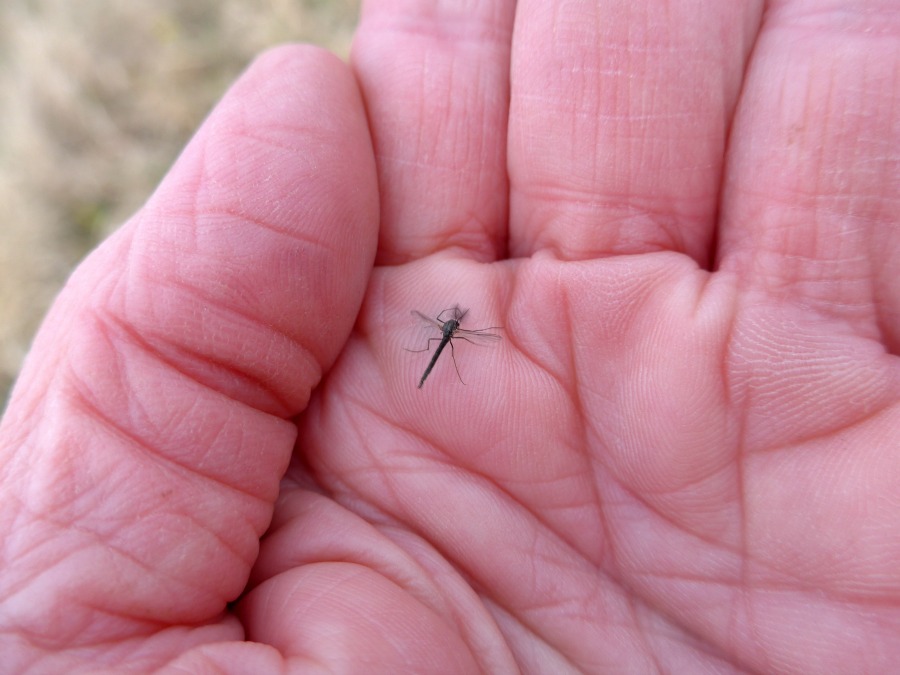 Midges have but two wings. Their signature posture is with wings held to the sides, unfolded. After emerging, they often fly or buzz about only a few inches above the water, earning them the British moniker “buzzers”.

Similar to mayflies, they form a mating swarm, usually in the evening. But they don’t exhibit the same enthusiasm for mating as do the male mayflies. Instead, they quietly hover in a cloud a few feet above the water surface until mating is completed. 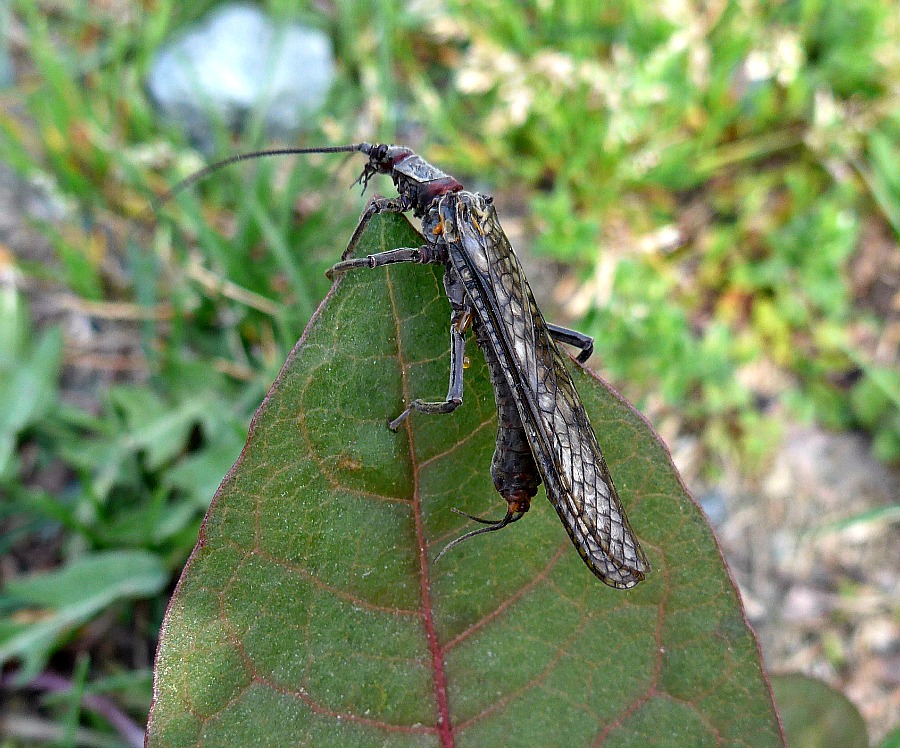 Lastly is the stonefly. The adults have four wings, and fold them on top of one another, their signature pose.

The pupae of most stonefly species crawl out of the water onto rocks, logs, or other structure. The exoskeletons split, and the adults emerge, leaving behind the visible, empty exoskeletons. Thus there is no hatch.

Stoneflies mate in the riparian foliage, and only the females return to the stream to lay their eggs. They dip their abdomens in the water to release their egg sacs. Big and clumsy, they often fall into the water while attempting to deposit their eggs.

So it’s all in the wings. Each order of aquatic insect has its own unique way to hold them, making it easy for us to identify them. Give it a try!