I just returned from a trip, fly fishing for brown trout in Nelson NZ. Roughly twelve years ago, I visited the Taupo Region of the North Island, and fished several tributaries to lake Taupo. The fishery there was dominated by rainbow trout. This time, I wanted to fish the Nelson Region of the South Island, which is renowned for its large, wary brown trout. What I experienced was “trout hunting” at its finest!

The Nelson landscape is dotted with fishing lodges and B&B’s. But after a bit of research, I selected the Stonefly Lodge, an Orvis endorsed fly fishing lodge (https://www.stoneflylodge.co.nz). It is nestled in the foothills overlooking the Motueka River, and is a real gem. In addition to numerous nearby trout streams, the lodge offers heli-fishing in Kahurangi National Park for a true wilderness experience. 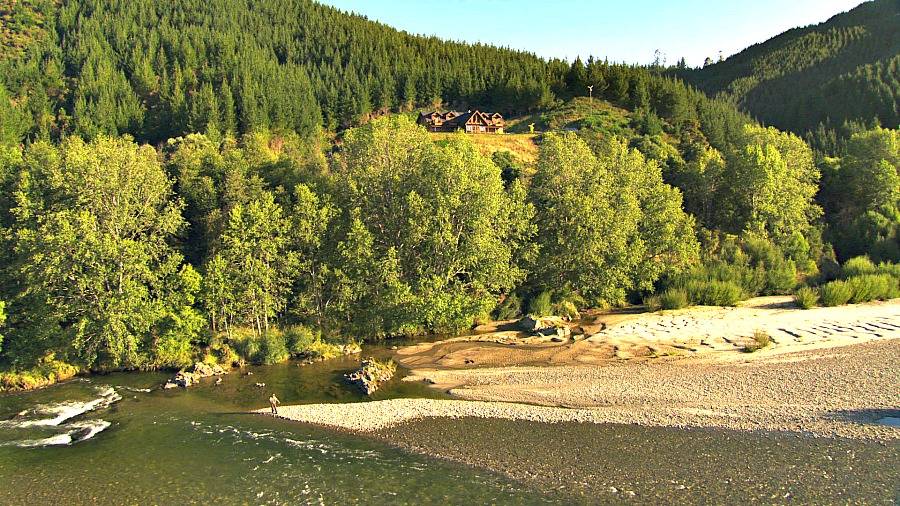 The owners, John and Kate Kerr, provide a cheerful and homey environment. They limit the number of guests to eight at one time. Three chefs take turns preparing five star meals, accompanied by a wide selection of New Zealand wines. 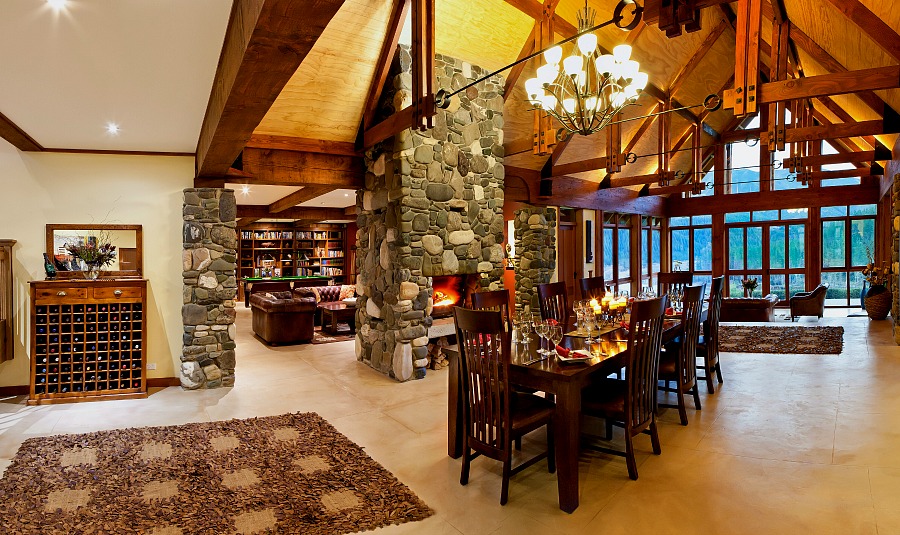 Traveling anglers need not bring any equipment. The lodge provides at no added cost Simms waders and boots, and Orvis H3 rods strung with Rio lines.

John arranges for guides, matched to the angler’s ability and interests. I had the pleasure of fishing with renowned guide Aaron Ford, founder of Uppacreek Guide Service (uppacreek.net)

For the non-fishing spouse or companion, John and Kate arrange for a variety of activities including hiking, rafting, wine tours and tours to some of the many nearby art and craft studios.

New Zealand rightfully boasts the friendliest stream access laws in the world. Thanks to Queen Victoria, circa 1840, access is governed according to the Queen’s Chain Law. In brief, it permits anglers that have lawfully gained access to streams to both wade and walk along the bank within a chain’s length (roughly twenty-two feet) of the stream’s edge.

Access is permitted at bridge crossings, unfenced land parallel to roadways and streams, and formal access sites. Unlike the US, long-drops (Kiwi for outhouses), are rarely found at the formal sites. If a fence line is present, landowners still generally allow access if asked. When pondering a “thank you”, remember that Kiwis love their beer! It never hurts to keep a spare six or twelve pack in the car.

During my week there, I fished the Motueka watershed. Its headwaters arise in the Mount Richmond Forest Park’s high and rugged mountain slopes. The best fishing was in the tributaries, including the Motupiko, Pearce, Graham and Baton rivers. They ranged from twenty to more than one-hundred feet in width. Small to medium-sized rocks covered the streambeds, offering fairly stable wading. The water was crystal clear, and ranged from the upper fifties to the low sixties Fahrenheit. Stream features often required climbing the banks to bypass deep pools.

Fairly strong winds were a daily occurrence, and reminded me of fishing in Montana. When the winds died down, sandflies, small, nasty, biting bugs, emerged and attacked any exposed skin. Fortunately, Deet or regional bug sprays mostly kept them at bay.

New Zealand trout streams lack a robust population of aquatic insects. Thus they support only a few hundred trout per mile. But what they lack in number is more than made up for in size. The average fish in the Motueka watershed tips the scales at four pounds! I caught many weighing five to six pounds, and Aaron was disappointed that we never caught a ten pound fish.

Due to the small number of fish present, “fishing the water” is unproductive. One is forced to truly “hunt” for trout, and four fish landed is considered a good day. Kiwis typically fish as a team, with a forward angler searching the water. 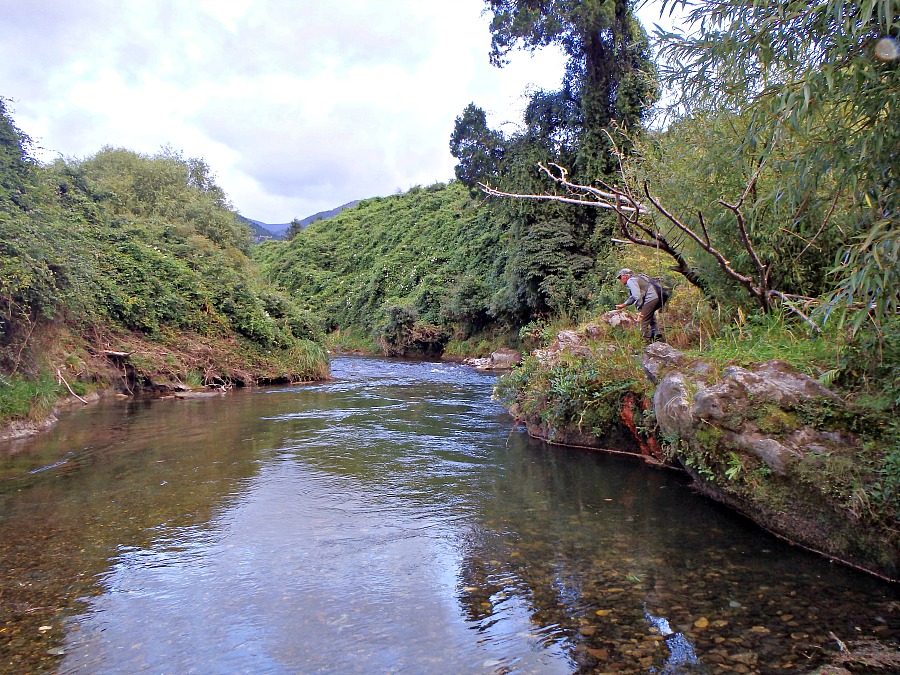 Once a trout is sighted, the trailing angler is directed to a casting position. Guides such as Aaron, are remarkably proficient at sighting holding trout. At times I was truly embarrassed at my inability to see a trout, even after Aaron gave me precise directions.

New Zealand’s unique fauna do not include eagles or ospreys. Thus trout behavior is quite different than I expected. Rather than seeking cover under riffles or overhead structure, the trout seem comfortable in quiet water, despite their apparent exposure. In large stretches of slow water, they cruise like trout in a stillwater. 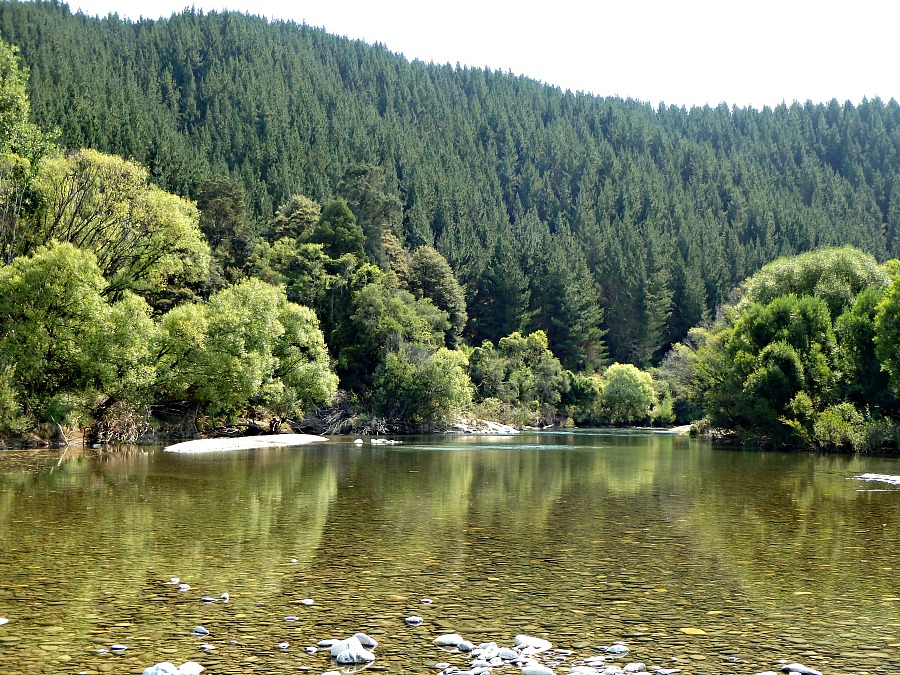 The water clarity necessitate an approach from downstream, utilizing the trout’s relative blind spot. Long leaders, 18-21 feet in length, allow the angler to cast upstream, undetected. A sloppy, splashy cast, or a cast that is too long, putting  the line near a fish, results in a fleeing fish.

Most of the time we fished two nymphs, size 18 or 20, tied with natural colors.  We dropped them from a parachute Adams dry fly. Thus a typical rig consisted of three flies, one dry and two droppers. Casting this in the wind was a challenge, and my first day was a shutout. But after that, I caught 6-7 trout daily, all in the 4-6 pound range. 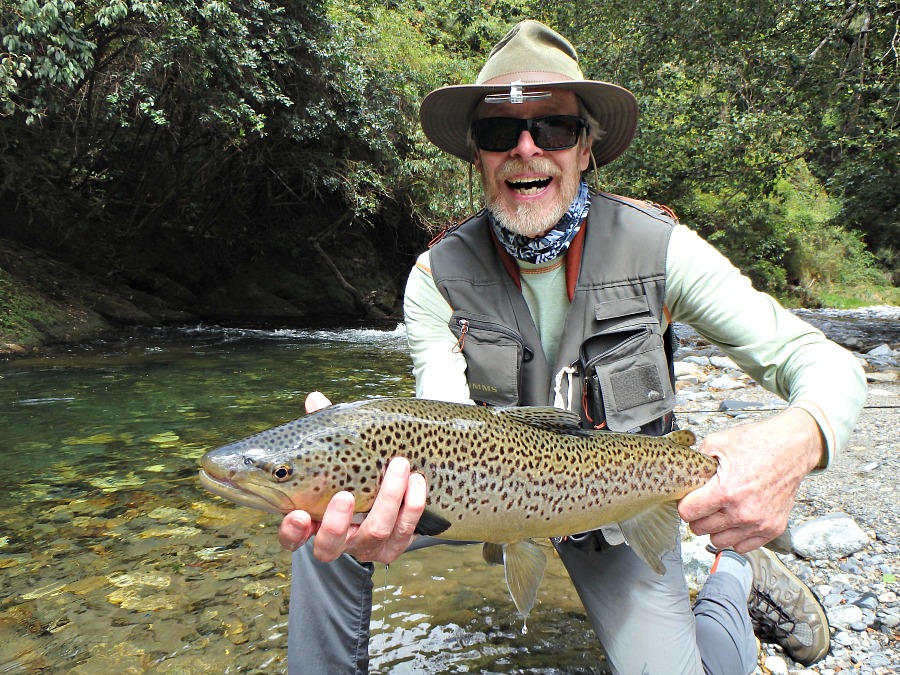 Author, with an “average” fish

Due to the water clarity, it is not possible to tightline nymph. Any approach other than from directly below is detected.

Warm summer days produced cicada. Their clacking sound indicated their presence in the riparian foliage. Clumsy bugs, about a half inch long, they often fall into the water, offering a hefty meal. We fished them much like hoppers, that is, plopping a dry pattern onto the water’s surface a few feet from a holding trout. Aaron warned me that after a trout has taken the fly, I would have to slowly count “one-thousand-one, one-thousand-two” before setting the hook (Kiwis no longer say “God save the queen!). The trout apparently chew cicadas a bit before closing their mouths. Of course, after watching a 6-lb. trout slowly come to the fly and seemingly take it, I pulled the trigger too quickly the first time! But after my first miss, I got in the groove.

It’s a long trip to New Zealand, roughly 13-17 hours flight time from the west or east coast of the US, respectively. But Nelson offers a unique experience to sight-fish for large brown trout. Success requires stealth, accurate casting with long leaders, and a guide or companion with the eyes of an eagle. It doesn’t get any better if you’re looking for challenging fly fishing! 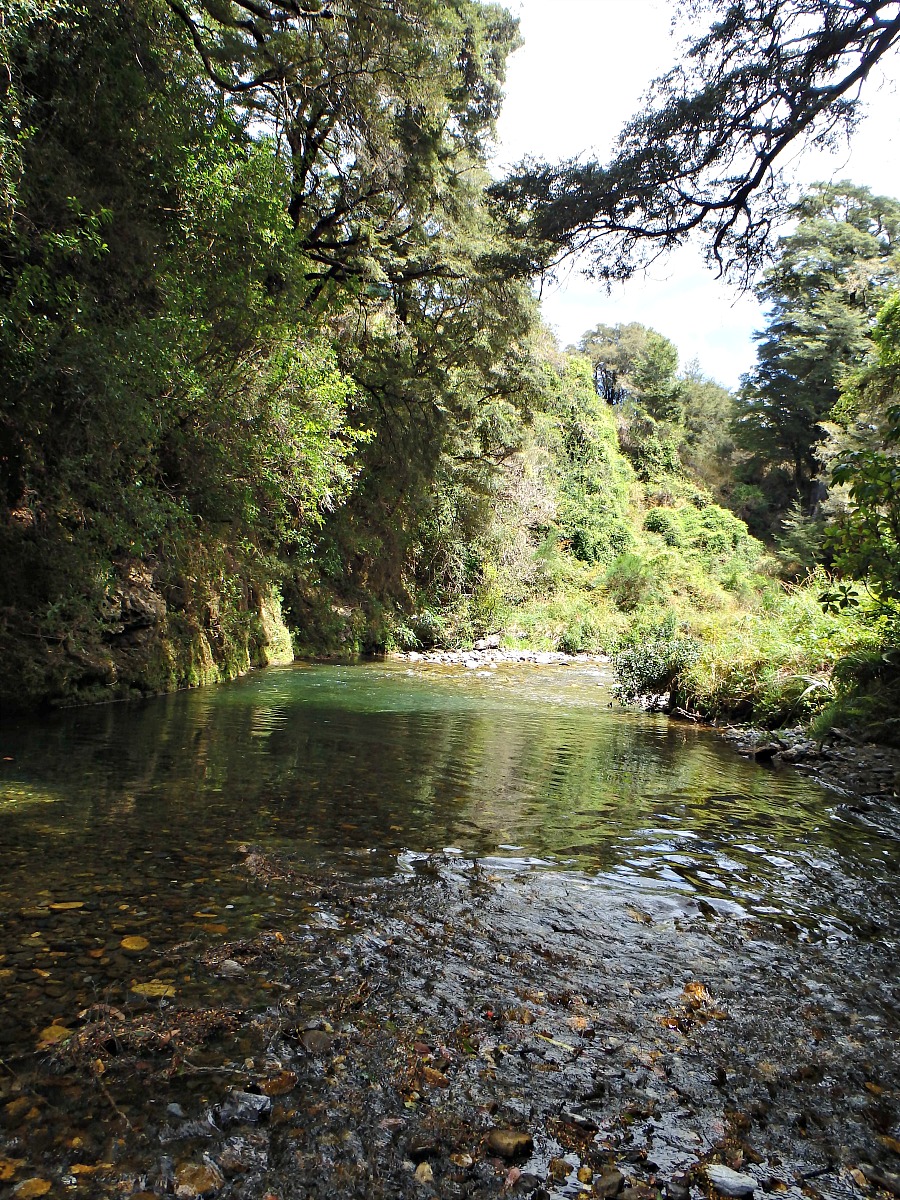 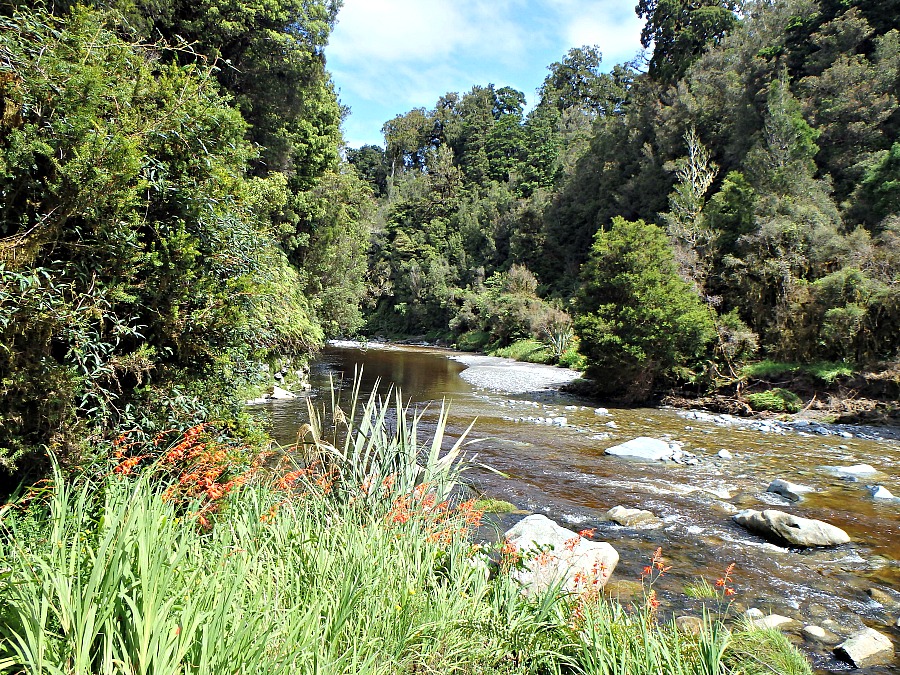 yet another beautiful stream

This summer, fishing buddy Reid and I planned a camping trip to include south central and southeast Idaho. But temperatures in the mid-nineties and forest fires in the central portion of the state led to a change of plans. We confined our trip to fly fishing southeast Idaho. The major fishery there is the Henry’s Fork […]