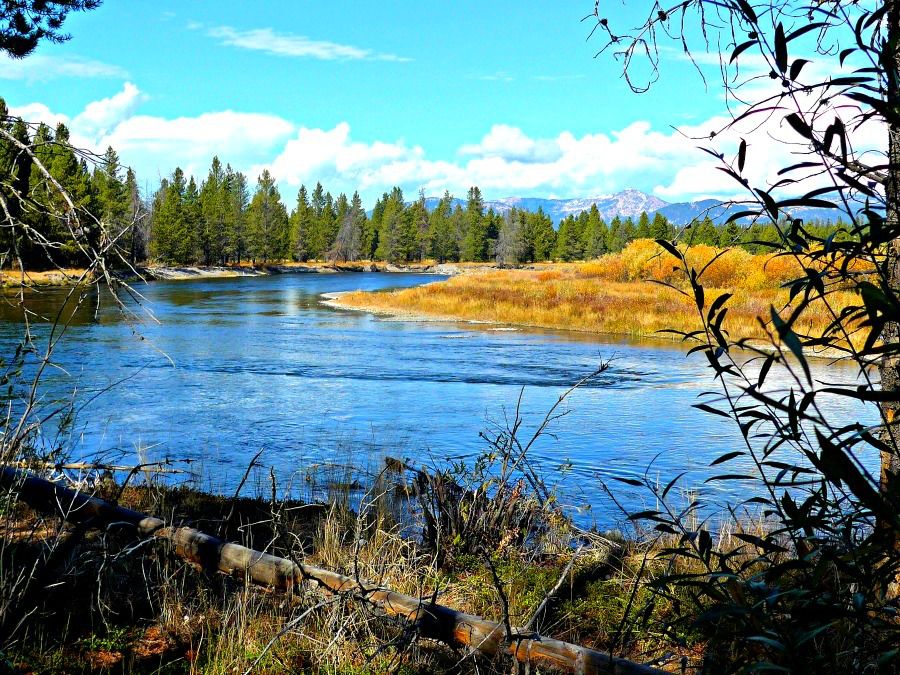 But there are several reasons that I am not keen on fishing streamers in the fall or otherwise. First, I find that casting big streamers all day is a pain in the ass, well actually, the shoulder. Secondly, fishing them markedly limits one’s catch. Only large multi-year fish will take them, and freestone streams hold only a few such fish. Lastly, it isn’t necessary to fish big streamers to catch big trout; the brown seen below was caught two weeks ago in the Madison River.

Beyond my aversion to streamer fishing, Montana’s fall shoulder offers plentiful surface fishing. In addition to lingering terrestrials, two hatches, Trico and Baetis, overlap in the fall. Together, they bring fish to the surface nearly all day long. The bugs are small, so it is technical fishing, but rewarding for the patient angler.

The Trico hatches begin in late June or early July, and continue until the cold of winter brings them to a halt. In the early part of the season, thick clouds of bugs hatch, mate & egg-lay, then fall to the water’s surface, literally blanketing it with the spent spinners. The fish exuberantly rise to the spinner fall. But as I have previously written (The White-Winged Curse; Fishing the Trico Hatch), trying to catch them is frustrating. Yes, a fish or two is always caught, but refusals far outnumber the occasional hooked fish.

But it’s a different game in the fall. The bugs are a bit smaller (hard to believe!), but the hatches are much thinner. The fish seem to find proffered imitations more easily, and hook-ups increase substantially. For the light fall hatches, I use the same patterns as I do during the heavy summer hatches, but a size or two smaller. Thus, I think it is the reduced density of naturals, rather than any increase in my prowess, that explains the increase in hooked fish.

The Trico hatch is a morning hatch. In the summer, it begins one to two hours after sunrise. But as fall cools the water, it takes three to four hours for the sun to sufficiently warm the water and start the hatch.

During the early part of the hatch, I typically use a size 18 or 20 Parachute Adams or Klinkhammer emerger as a “sighter”. I drop a lightly weighted Trico emerger or a Zebra Midge from the bend of the sighter’s hook with no more than 6-10 inches of tippet. If tightline nymphing, I exchange the dry/emerger fly for a weighted nymph, to which I tie a Zebra Midge or other small, lightly weighted nymph.

When the spinner fall begins, more fish come to the surface and film, leaving telltale riseforms. It is important to differentiate the riseforms. A true surface take reveals the head of the trout, and often leaves a few bubbles in the center of the riseform. A take in the film reveals the dorsal fin and trailing caudal fin as the trout rolls over the subsurface emerger.

If a number of trout are feeding  on the surface, I use an emerger/spinner tandem. Otherwise, I continue with an emerger, but drop a drowned dun or drowned spinner pattern from its bend. For the drowned or subsurface patterns,  I wrap the hook shank with fine, black wire to provide a bit of weight. Size is singularly important. In summer, #20 hooks work well, but by fall, #22 or even #24 hooks become necessary for reliable takes.

The other hatch available in the fall is the Baetis hatch. It usually begins in September, and continues into spring. There are several species of Baetis, each of different size and color. While olive is the most common color, gray, black and brown species may also be present. Their sizes range from #18-22. When fishing them, size seems much more important than color.

Baetis, like Tricos, typically live in soft water, and emerge in smooth glides. Hatches are rarely dense. Coupled with the bugs’ small size, it can be difficult to recognize that a hatch is in progress. But the presence of riseforms should lead to a careful search of the air and water surface to discover what the fish are feeding on.

My typical rig is a parachute Adams, from which I drop an emerger pattern. If a Klinkhammer doesn’t do the trick, I exchange it for a subsurface emerger, such as the one below.

If the hatches are too thin to draw trout to the surface, there are usually lingering terrestrials present. Grasshopper numbers are markedly reduced, but some often remain. In addition, ants and beetles are more cold-resistant, and therefore more abundant than ‘hoppers in the fall. I find it interesting that my favorite Eastern terrestrial, crickets, don’t seem to inhabit Montana.

If terrestrials fail to draw fish to the surface, it’s time to nymph. In the absence of surface action, tight-lining with a pair of nymphs is likely to be more productive than a dry-dropper rig.

So, if you are hesitant or tired of flogging big streamers, look around, and take advantage of the many bugs present in the fall. Big fish, as well as many others, will take them.