Most trout anglers who take up fly fishing get their start by fly fishing small streams. What is it about small streams that attracts us? Is it their abundance? The sound of a mountain stream plunging over rocky falls into waiting pools? The gullibility of some of its finny inhabitants? Perhaps it’s the intimacy between the fly fisher and the foliage-enshrouded stream. Or the solitude. Whatever the reasons that small streams attract us, they provide an excellent classroom for learning how to fly fish for trout.

I don’t think it’s helpful to define a “small stream” simply by its dimensions. Rather, I envision a stream small enough to offer intimacy to the venturesome fly fisher. It could be a spring creek, meandering through forest or meadow, or a freestone stream, tumbling down a mountainside. Certainly, it does not require a long-distance cast to cover its waters. 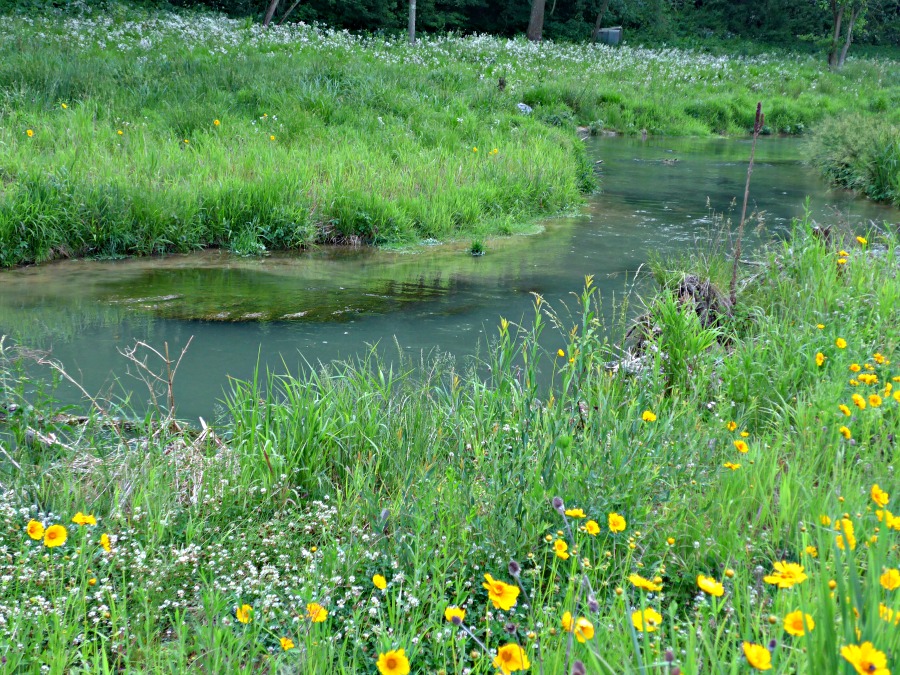 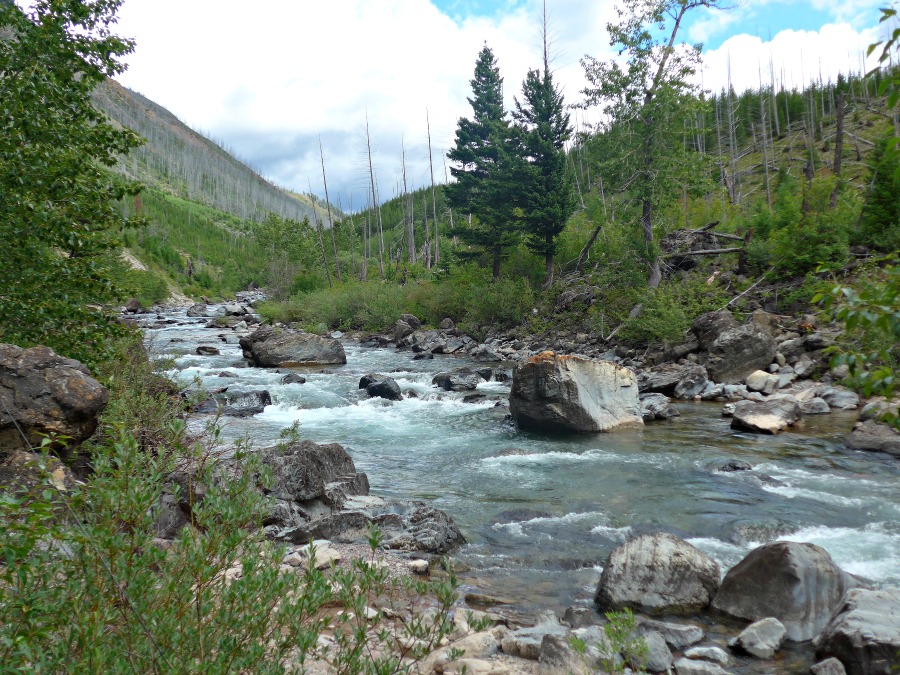 Small streams offer the opportunity to observe their character, the trout, and other life-forms within them. Things like when and where do their finned inhabitants feed? What effects do weather changes have upon the streams and the life within them? What food preferences do their trout have? Where do they hide when not feeding? Can subtle differences in artificial flies put more fish into the net? All this and more can be learned if one is observant while streamside. And importantly, the lessons learned are applicable to virtually all other streams as well.

One of the first and foremost lessons small streams teach us is the need to be stealthy. If we crash through the brush, stand exposed on the bank, or splash into a quiet pool, we will be greeted with the sight of fleeing fish. Therefore, if anything else is to be learned, one must first learn to approach a stream hidden from the trout’s view.

Trout are designed to face into a stream’s current, and therefore, they are almost always looking upstream. Their eyes are positioned such that they have roughly a 35 degree blind spot behind them. Thus a stealthy approach on small streams generally requires the fly fisher to come to a position from downstream. On large streams, one can sometimes approach from upstream. A targeted fish can be cast to from such a distance that the fly fisher is beyond its view. But on small streams, with their small pools, it’s nearly impossible to find an upstream casting position beyond or out of a trout’s view.

Below is a picture of a run on a small mountain stream. I have leaned my rod against a large, streamside rock. It can be used to hide one’s approach, and to crouch behind while casting. I would fish the lower part of the run first, then gradually lengthen my casts until I have reached and fished the head of the run. 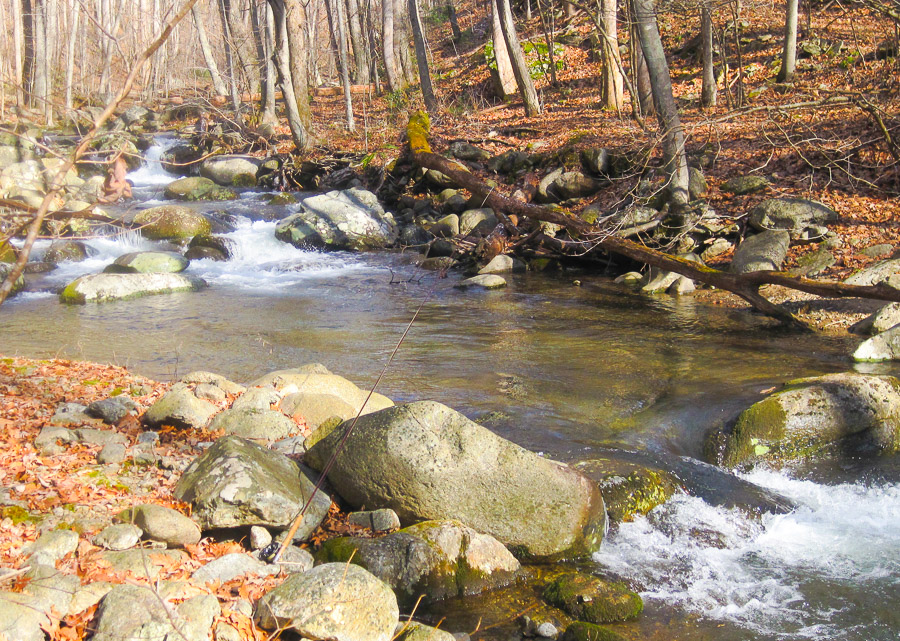 Small streams offer the opportunity to study the water. Structure, like large rocks and logs, are easily seen. Thus, their effect upon water flow and fish behavior can be observed. Fish use in-stream structure for cover, and hold in the quiet water it provides.

Most small streams have one central, deep channel. It can usually be identified by its darker color and often has a line of bubbles on its surface. 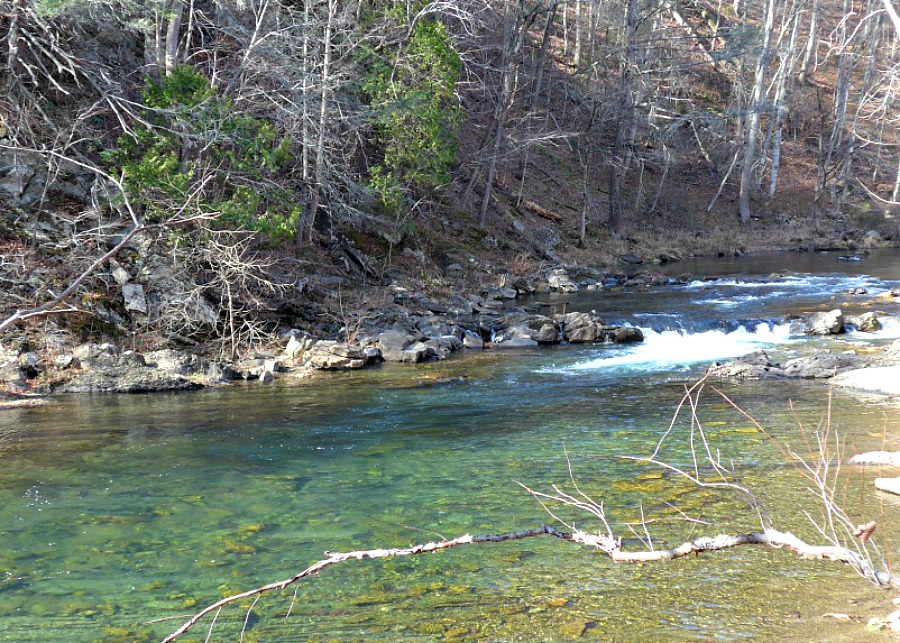 Back Creek, Virginia, with a dark-colored, deep channel

The flowing water carves this channel, following a soft substrate that is relatively free of rocks. Trout are not usually resting in the channel itself. Rather, they will be found among the rocks bordering the channel. The rocks provide cover and quiet holding areas, and are adjacent to the flow of food, marked by the bubble line.

Trout can also found in more shallow water, provided that overhead cover is present. Therefore, drifting a fly under overhanging riparian foliage will often find a lurking trout. A heavy hatch may draw trout into shallow water, especially if cover is provided by a broken surface or low light. Trout prefer the tail of a run, where the water slows a bit. The slower water makes bugs riding on the surface easy pickings, and requires little expenditure of energy. Thus it is usually best to fish the tail of a run first, then work upstream to the head.

Casting is often a challenge when fishing these densely shrouded, small streams. The foliage forces one to adapt and learn every conceivable way to cast a fly. The “overhead” cast quickly becomes a cast from sidearm-right to sidearm-left, and any position in between. One learns that an accurate backcast is as important as an accurate forward cast. Otherwise, the foliage will be left littered with dangling flies! If there is no room for a backcast, the roll cast will be mastered. And if there is no room for any rod motion, the bow and arrow cast can be used. This is done by holding the fly between finger and thumb, and drawing the fly and line back to flex the rod. When fully flexed, the fly is released, and the rod does the rest.

While casting, one might inadvertently learn that the fly fisher’s shadow, if cast upon the water, will send the fish to cover. Similarly, the slim shadow of the fly rod will do the same. Thus it is important to appreciate where the sunlight is coming from, and avoid casting shadows over the water. A splashy cast, or false casting over holding fish, will also send them scurrying for cover. Simply put, make a plan before the first cast, then make it count.

Another fish-frightener is a flash of light from a bright colored reel, or other reflective tools attached to our vests. The small-stream fish quickly teach us that it is best to use equipment finished in matte black or other non-reflective finishes.

Given a choice, I would begin fly fishing for trout on a small mountain stream, inhabited by cutthroat or brook trout. Such streams provide a limited amount of food for its fish. By necessity, they feed opportunistically, sampling anything that looks like food. For the beginning fly fisher, that means that the pathway to catching one’s first trout is a shorter one. 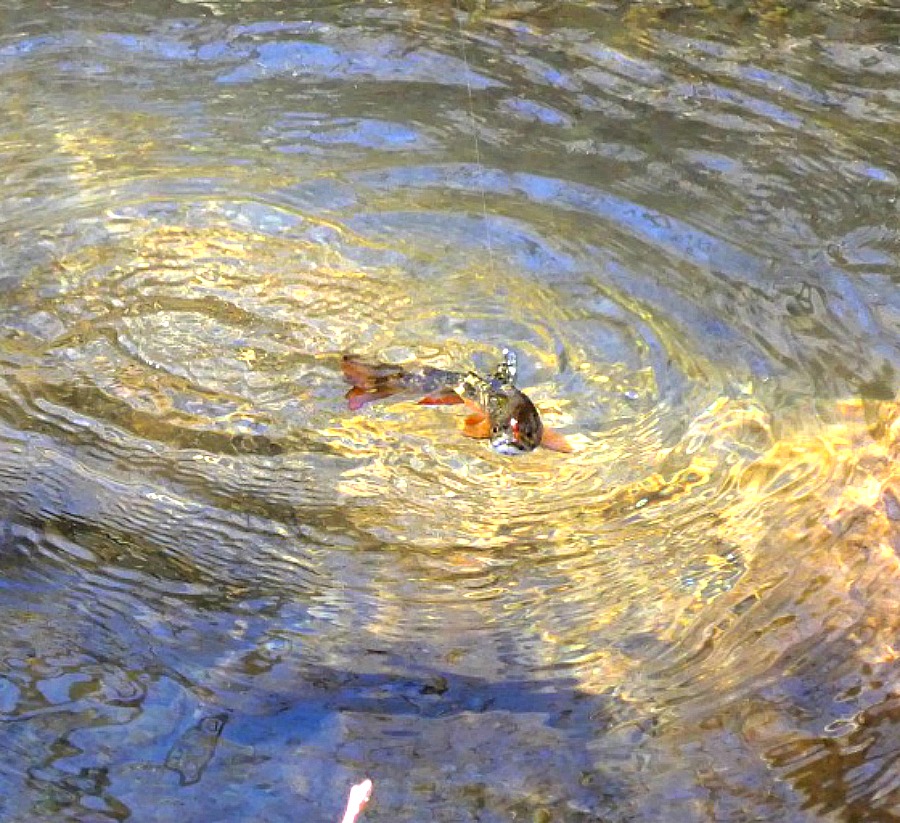 There is an ‘oft quoted saying, that “you are not fishing if you can’t see your fly”. The basis for this saying is the fact that a trout can take an artificial fly, roll it in its mouth, and spit it out in a split second. Thus, if  the fly is not kept in view, the fly fisher has no chance to set the hook.

The surface of many small streams is dappled with sun and shade. This makes it difficult to see flies that are tied with muted colors that match the natural flies. One quickly learns through missed strikes, that flies need a bit of added color to make them more visible. The wings of duns or posts of parachute flies are good places to incorporate more visible colors. Most often, white works quite nicely, but deep shade may require high-vis orange or chartreuse.

Other attributes of the artificial fly can be experimented with as well. Things such as size and shape. One quickly discovers that smaller flies, less than #14, will draw more strikes. Another lesson is that flush-floating flies, like comparaduns and parachutes, draw more strikes than Catskill-style flies. In addition, flush-floating flies have a higher hook-up ratio.

It’s fun to fish such streams with dry flies, but trout secure most of their food below the water’s surface. Therefore, fly fishers, expanding their knowledge and skill-sets, turn to nymphing. They  discover that more and larger trout will be caught by fishing subsurface. A simple technique is to suspend a nymph from a dry fly. It is best suspended from the bend of the dry-fly hook. This preserves the dry fly’s orientation. In most circumstances, a length of tippet one-and-a-half to two times the water depth will keep the nymph near the bottom of the stream. That is where the natural nymphs are located, and where the trout will be looking for them.

Spring creeks add yet another dimension to the learning curve. Food is abundant in spring creeks, and their trout are more selective in their feeding. One quickly learns the meaning of “matching the hatch”, or else there are many fishless days. The order or specie, as well as the lifecycle-stage of the fly that the trout are feeding on, must often be duplicated to have any success.

While mountain streams teach casting, spring creeks teach line management. Their complex, languid currents and glassy-smooth surfaces are subtle, and difficult to read. They want to grab and drag our flies across the water’s surface.  To avoid this abnormal movement, a tip-off to trout, the fly line must be “managed”. Casts that leave some slack-line on the water are helpful (see “Extending the Drift for Better Presentation“). In addition, water-mends are frequently needed. Mending is the lifting of a portion of the line off the water and flipping it up- or down-stream, as needed, to provide slack line to the drifting fly. Sometimes it is necessary to fish with the line lifted completely off the water, leaving only the leader and tippet on the water’s surface.

All of these lessons, stealth, casting, mending, reading the water, selecting and presenting flies, are more easily learned on small streams. Once mastered, a fly fisher will be well prepared to continue the journey on other water types.