Does it really matter whether we fish for trout with artificial flies that are exact imitations or merely impressions of the natural fly? I confess at the outset that I am a died-in-the-wool impressionist when it comes to the design of trout flies. Part of the reason is that I am a lazy fly-tier. If after a bit of practice I can’t tie a fly in five minutes or less, I simply won’t continue tying them. I tie flies to fish with, not to create art-work to put in a display case.

But the main reason I am an impressionist is that I don’t feel exact imitation is necessary to catch trout. In fact, I think exact imitation may be detrimental, especially if the fly doesn’t appear vulnerable or it lacks life-like behavior.

We have all had the experience of fishing a hatch with rising trout, and faced with refusals. After changing flies several times to better “match the hatch”, we finally start catching fish. This of course reinforces our belief that an exact imitation was the difference-maker. But counter that with Mike (legendary Henry’s Fork fisherman) Lawson’s observation in “Fishing Spring Creeks“. When faced with unsolvable refusals amidst a hatch, he “unmatches the hatch” with a small royal coachman. I have had similar experiences, often resorting to a rusty ant when no ants were among the bugs on the water. In both instances, the change of flies put fish on the hook.

The Limitations of Trout Vision

Trout are bug-eating machines. If not taking flies off the water’s surface, they are rummaging the stream bottom looking for food. They frequently suck in detritus, turn it over in their mouths, then spit it out. The final determination of whether an item is edible is made by senses in their mouths, not their eyes. This makes me wonder whether their near-vision is not nearly as good as their far-vision. Or whether their eyes don’t accommodate quickly enough to provide a consistently sharp image.

Applying this to fly fishing, there must be a trigger that prompts a trout to rise to or strike our fly. This could be the size, shape, color or movement of the fly. But during the move to the fly, I suspect that the fly becomes a bit blurry. Despite this, the fly is usually taken. It is then tested in the mouth, and quickly rejected if the hook isn’t immediately set. This may explain why attractor flies, like the parachute Adams and royal coachman, have remained effective over the years. While they do not imitate any specific bug, they must contain a trigger. It isn’t until they are in the trout’s mouth, that their fraudulence is detected.

Still or nearly-still water is often an exception to the aforementioned observations. In this circumstance, trout can leisurely follow the fly before making a decision to take or refuse it. During this time, their eyes may have time to accommodate, and provide them with a sharper image. Still, I doubt that they count the number of legs and tail fibers before making their decision. In faster moving water, trout don’t have those leisurely seconds before they must make a decision to take or refuse a fly. They must react quickly, with less sensory information available.

Bright sunlight is another factor that may pose a problem for a rising trout. Unlike the human eye, trout eyes lack both eyelids and reactive irises. They adjust to light-changes by altering the arrangement of the rods (low light receptors) and cones (color and bright light receptors) in their retinas. The necessary adjustment to optimize their vision to dark or light conditions takes at least thirty minutes. Thus, when a trout rises quickly from a deep or dark lie to a sunny surface, it is confronted with both light/dark and accommodative challenges. In all likelihood, this makes it difficult for a trout to discern the fine details inherent in an imitative fly.

I do most of my fly fishing on freestone streams. When I tie dry flies, I prioritize the elements of shape, size and color, in that order. I want to ballpark size and color or color-shade, but emphasize the shape. It is the shape that suggests that a fly is vulnerable, and not about to take flight. Parachute, comparadun, spinner, cripple, and emerger patterns all suggest that a fly will be easy pickings. This is the impression I want to present with my surface flies. 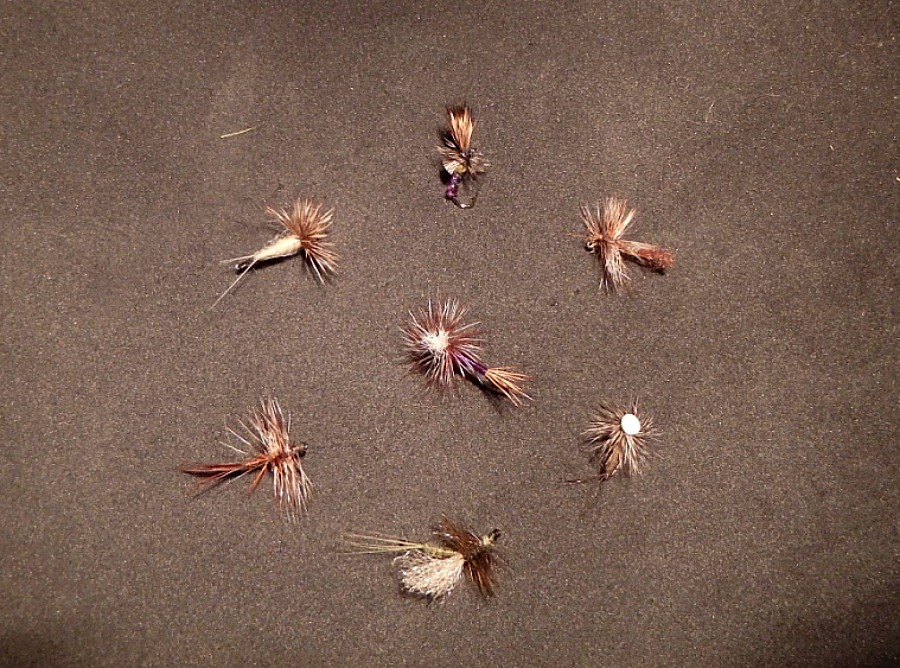 When I tie subsurface flies, I prioritize action, size, shape and color, in that order. I think that lifelike action far outweighs all the other elements when fishing subsurface. This is provided by materials that move easily in the water, and action imparted during presentation of the fly. “Lively” materials include maribou, bunny hair, and soft hen-hackle.

Size is somewhat less important when fishing subsurface. During a  hatch, there is generally one predominant specie of bug present on the surface. But subsurface, there are multiple species of bugs present at all times. In addition, some bugs have multiple generations yearly, while others take two or three years to mature. The result is a smorgasbord of multiple-sized nymphs. Having said that, in spring and early summer, large, mature nymphs predominate, as they near readiness to hatch. In contrast, in late summer and fall, small, young nymphs predominate.

As for color, nymphs and larvae are colored to camouflage with their stream-bottom environments. Thus an assortment of brown/gray/olive flies generally suffices. Blends of these colors, with a bit of added flash, are especially effective. 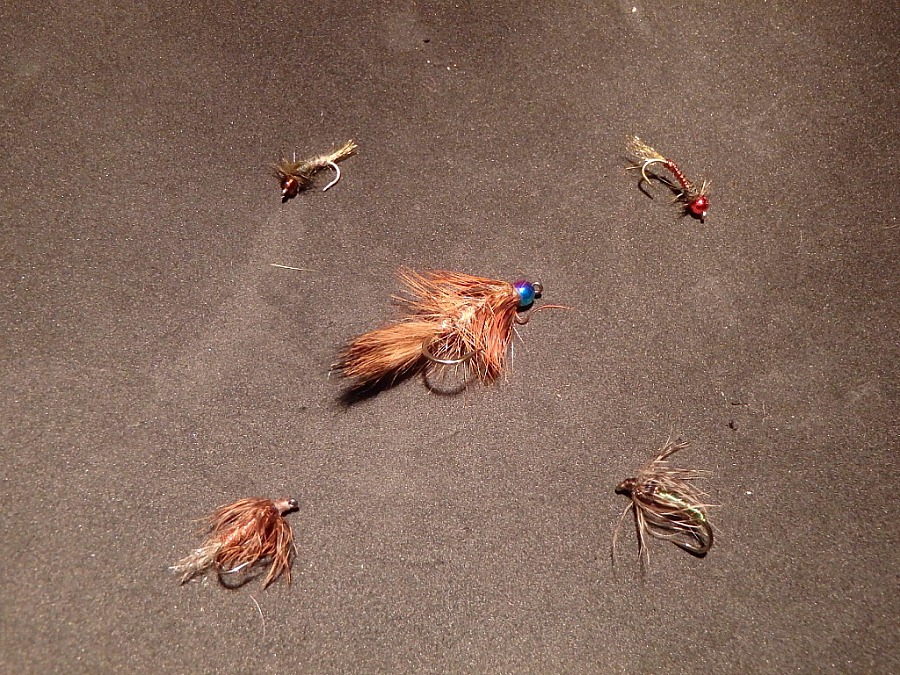 subsurface flies that have lifelike movement

So, back to my opening question, does it really matter whether we fish with precise imitations or impressions of the natural flies? As long as striving for a perfectly matched artificial fly does not lose the essential elements of vulnerability or lifelike movement, perhaps not. But like Datus Proper, in “What the Trout Said“, I listen to what trout have to say on the design of trout flies. I think they are died-in-the-wool impressionists too!