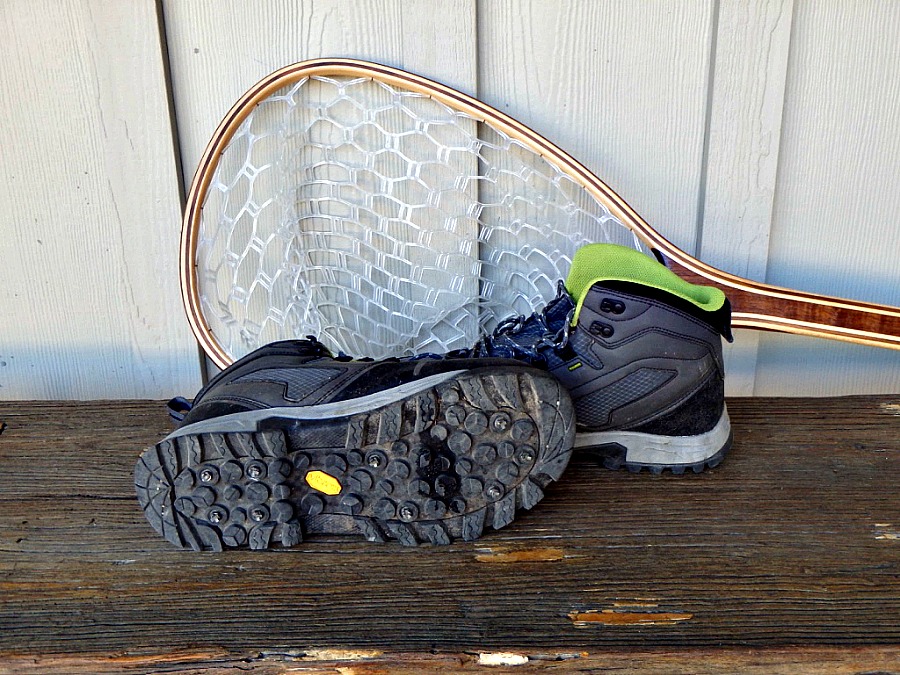 This year, Yellowstone National Park has banned the use of felt soled wading boots. I understand this change. Many fishermen move from one watershed to another during a day of fishing in the park, not allowing time for the drying of felts. As I planned to fish the park this summer, I reluctantly purchased a pair of Orvis Ultra Light wading boots. I also purchased Orvis steel studs.

Those of you who regularly read my blogs know that this was a big deal for me. I have persistently advocated the use of felt soled wading boots for the safety of wading fly fishers.  Previously, I had tried rubber soled wading boots, but found myself slipping, sliding and taking a dip far too often.

I procrastinated over my new boots, but finally heeded the call of the park, and donned them. To my utter surprise, I found they provided at least as much traction as my felts! In addition, they had far more traction while hiking or climbing up stream banks. I have not tried them without the studs.

I do a lot of hiking and wading when I fly fish. After a day of fishing, I found my legs less fatigued, due to the lighter weight of these boots. I also appreciated their lower cut and narrower box or fit. They felt more like a hiking boot than a sloppy wading boot.

Having used them for a month now, I have nothing but praise for the Orvis Ultra Light wading boots. Orvis has hit a home run with this one!

For those interested, felts are legal in all states except Alaska, Rhode Island, Maryland, Missouri, South Dakota and Nebraska. Based on an improved understanding of the spread of exotic species, New Jersey and Vermont have rescinded previous bans.

Several years ago, I bought my first ten foot rod. I soon discovered that there are many virtues of a ten foot fly rod. In my opinion, anything that the industry-standard nine foot rod can do, the ten foot rod does better. Sometimes it is difficult to weave it through thick streamside brush, but it […]

Make sure this account has posts available on instagram.com.