Tying the Nail Knot- Without the Nail

Due to the manufacture of floating fly lines with welded loops, the nail knot is not used as frequently as it once was. While I still think that the transfer of energy from line to leader is better with a nail knot than with a loop to loop connection, I have yielded to the ease of the latter. However, sinking and sinking-tip lines are still made without loops at their tips, and require a nail knot to secure the leader to the line.

Last winter, I traveled to Patagonia, Argentina. In preparation for the trip, I removed a number of items from my vest. I was pretty sure that TSA would view my #2 nail as a “lethal weapon”, and so it was left at home.

After several days of fishing, the leader on my sinking-tip line needed to be replaced. We were about two hours from the lodge, and I muttered some forgettable words, as my fingers failed to find the nail usually in my vest pocket. That’s when Emiliano, our fishing guide, declared that he would show my how to tie a nail knot, without using a nail or any similar device. I have since continued to tie this knot per Emiliano’s directions, as I think it is easier than using a nail.

To begin the tie, fold the fly line back on itself. The doubled line basically takes the place of the nail. 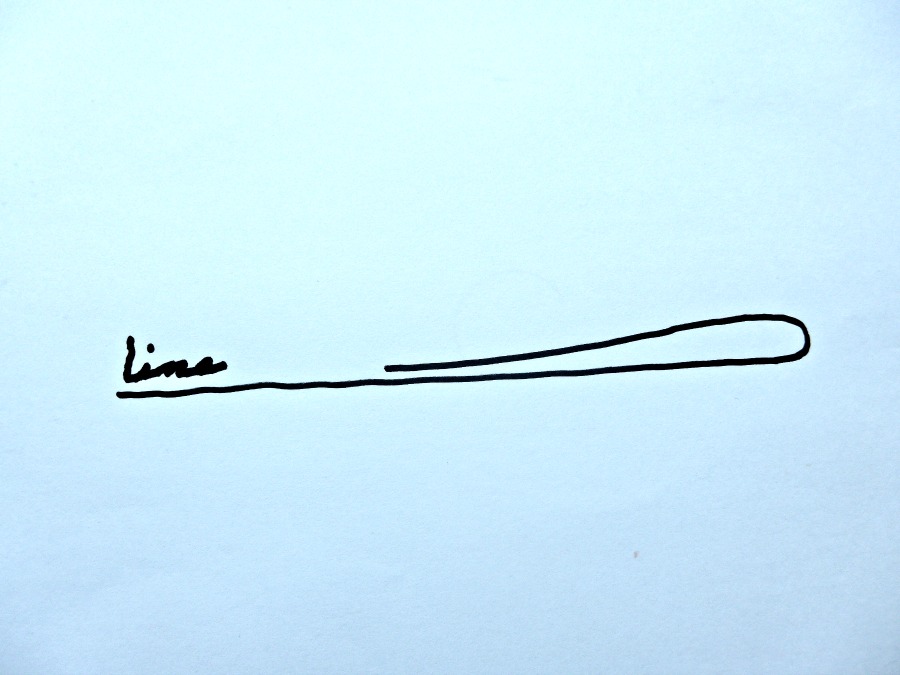 Next, lay the leader along the doubled portion of the fly line. 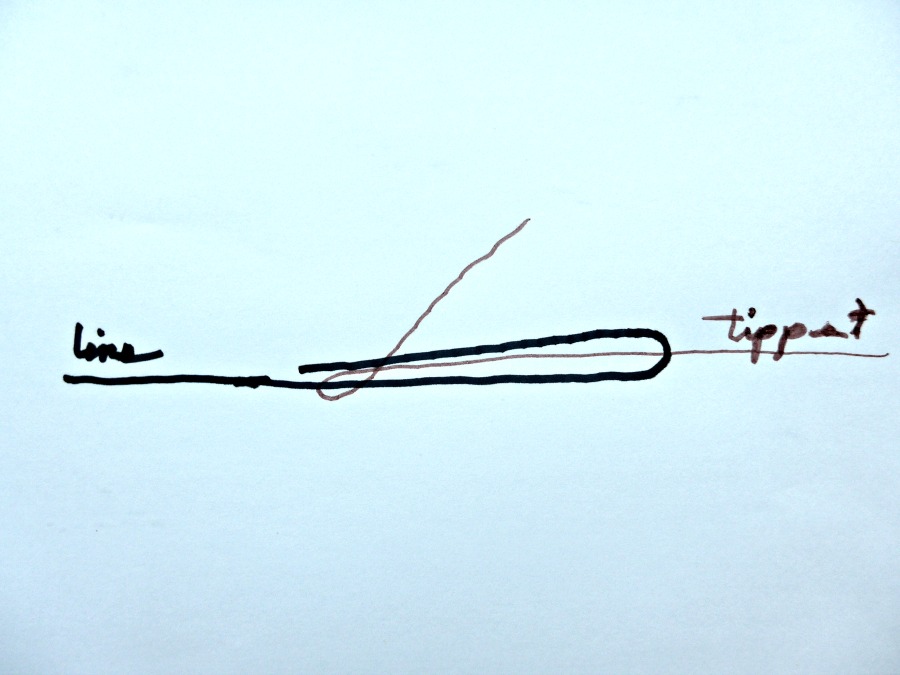 illustration #2, doubled line and leader together

Then wrap the leader around the looped line, 4-5 times. 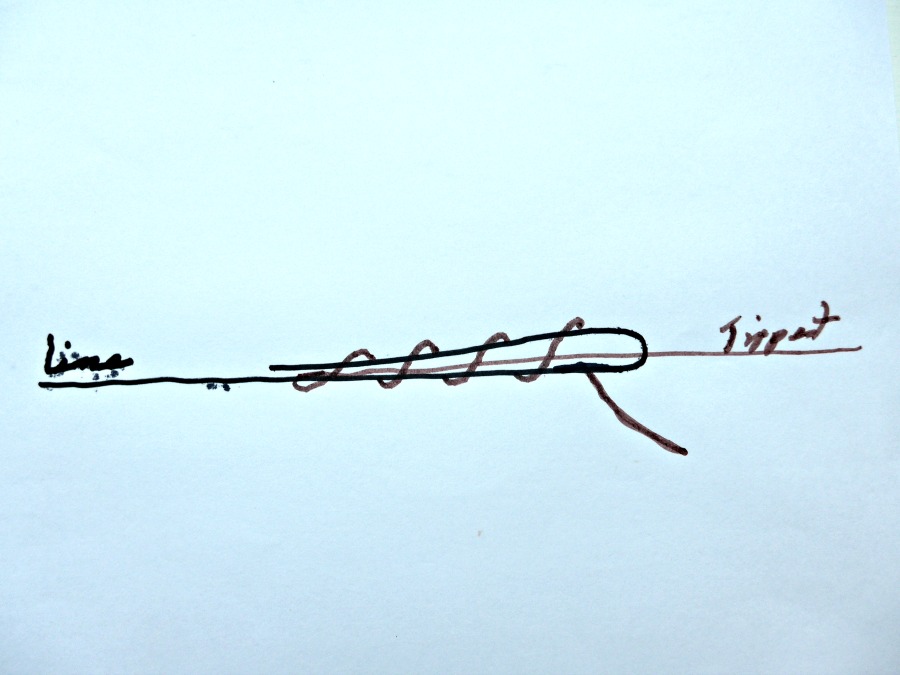 Next feed the tag end of the leader back through the wraps of the leader. I find this easier with the looped line than with a nail, as the leader wraps are larger. Hence my preference for this manner of tying the nail knot. 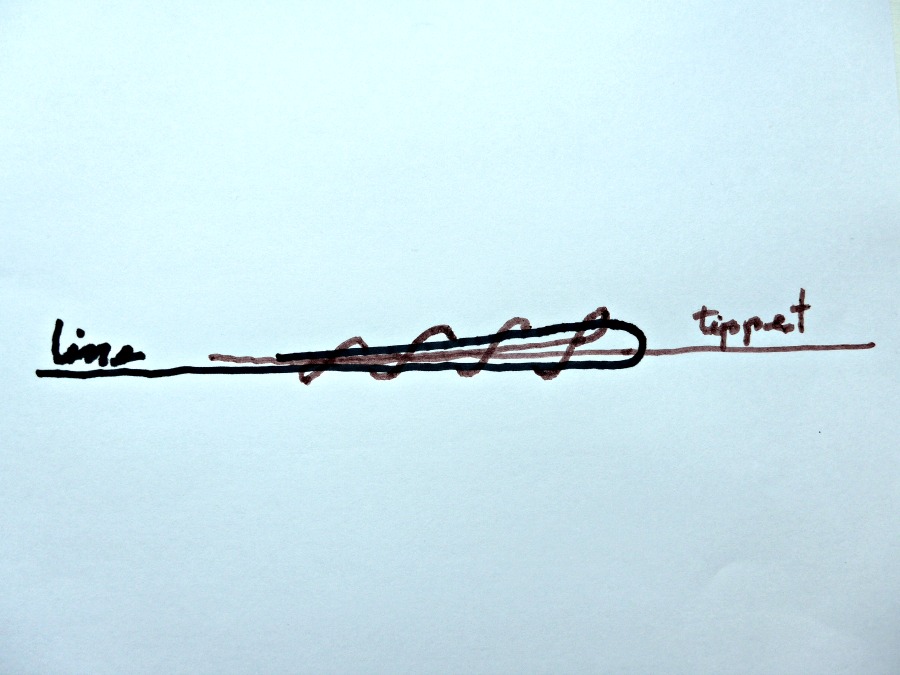 illustration #4, with leader tag passed back through the leader wraps

Now slide the end of the fly line out of the leader wraps. Grab both the leader tag and the leader, and slowly pull tight. The wraps should slide together, forming a compact knot. 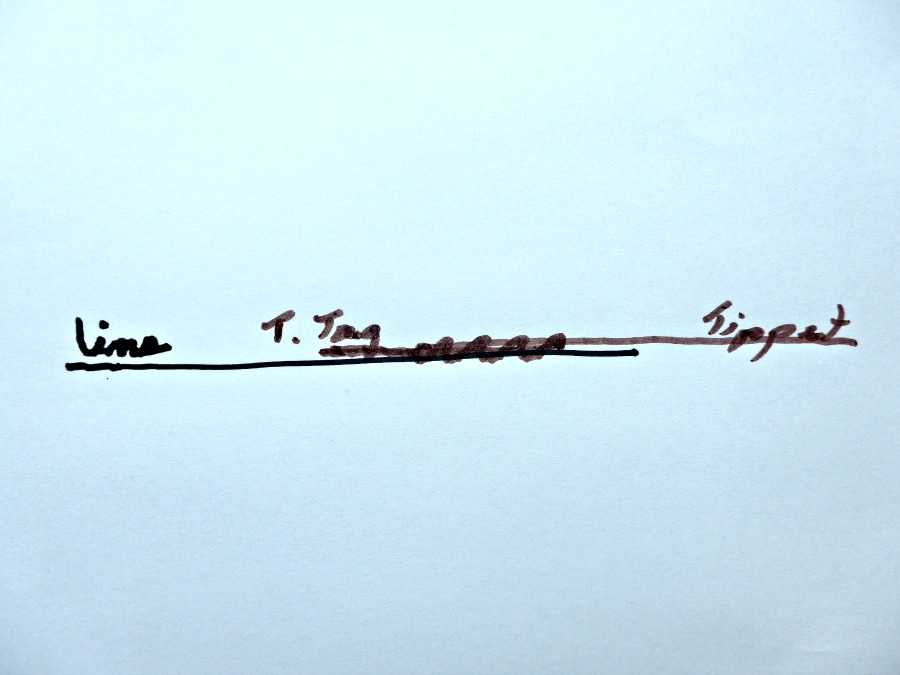 illustration #5, drawing the leader wraps tight about the fly line

Tighten, then trim both leader tag and fly line, and the the nail knot is completed! I usually put a drop or two of Super Glue over the knot, to smooth out the trimmed ends.