Several years ago, I bought my first ten foot rod. I soon discovered that there are many virtues of a ten foot fly rod. In my opinion, anything that the industry-standard nine foot rod can do, the ten foot rod does better. Sometimes it is difficult to weave it through thick streamside brush, but it requires a rod much shorter than nine feet to make it significantly more easy.

So, what virtues does a ten foot rod offer?

Line management is probably the foremost virtue . The additional rod length allows more line to be lifted off the water, making water-mends much easier. The end result is longer, drag-free drifts when dry fly or dry-dropper fishing.

When tight-line nymphing, the added length allows the line to be kept off the water more easily. The longer rod again yields a longer drift. Longer drifts mean less casting, and greater exposure of the flies to the fish.

Longer rods obviously have greater reach. This is most helpful when trying to fish on the other side of a current or midstream structure. The line can be reached over the interfering current or structure more often than with a shorter rod.

I have never been a particularly good roll caster. Thus I was pleasantly surprised to find how much easier it is to roll cast with a longer rod. With a ten foot rod, I can comfortably roll cast on larger streams as well as small ones.

Longer rods simply have more power. Thus a ten foot five-weight rod easily casts the distance expected from a nine foot, six or even a seven weight rod. The result is a marked reduction in the need for false casts  and less arm fatigue over the course of a day’s fishing.

Longer rods provide better leverage when fighting large fish. This shortens the fight, which is a good thing for the fish. With shorter struggles, a higher percentage of fish survive when released.

Most manufacturers use a soft tip in the design of their ten foot rods. Thus a rod that casts with the power of a fast-action rod, has superb feel. This is of course the nirvana of all good rod designs.

So, if you haven’t discovered the virtues of a ten foot fly rod, I would encourage you to go to your favorite fly shop and give one a try. Of course, you won’t really appreciate many of their advantages until you take one to a stream. Tight lines! 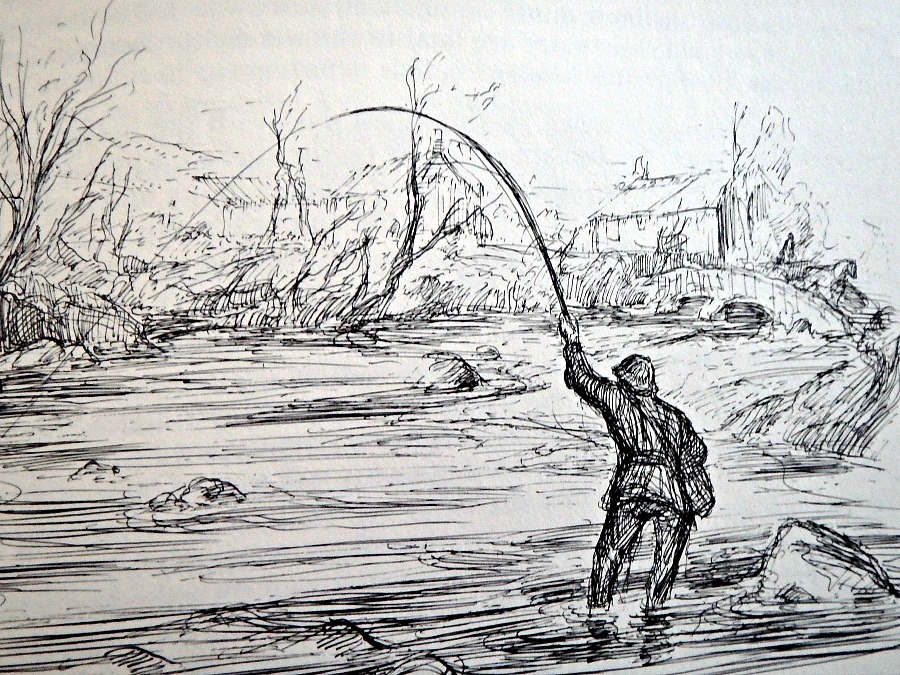 Gordon on the Neversink

For this blog, I’ll assume that you have or will  read my January blog, “Fly Fishing, Getting Started“. Hopefully you have had a chance to purchase and try your equipment on a pond as well. The thrust of “Step ll” is to prepare the beginner to take the next step, fly fishing trout streams. To […]

Learn about the different types of fly lines and h

Its that streamer time of year again! Al's latest