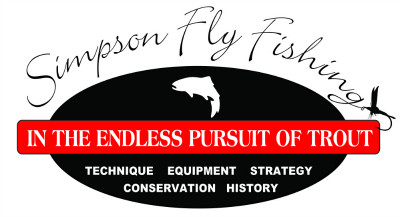 Zebra mussels, lake trout, didymo, northern snakehead, and myxobolus cerebralis- what do these have in common? They are all referred to as “exotic species” or “watershed invasives”. The US Watershed Council defines an invasive as “a non–native species introduced to an aquatic ecosystem that causes environmental and/or economic harm”. Once transplanted into a new environment there is a lack of natural predators or conditions that serve to limit the invasive species growth and spread. Consequently, they often become harmful, as they overwhelm native species.

There are many more such invasives, but perhaps none has had as dramatic effect on trout fishing in the US as the parasite myxobolus cerebralis. Better known as “whirling disease”, it spread through the Rocky Mountain watersheds during the 1980’s like a fire in front of the Santa Anna winds. It is estimated to have wiped out 80-90% of the cutthroat and rainbow trout. It’s difficult to determine the economic damage that ensued, or the impact on the future of these watersheds. Changes in specie domination occurred that are still present today, some 20-25 years later.

In the midst of this epidemic, there has been a conservation controversy over the causes of the rapid spread of whirling disease. But early on, fishermen were identified as major contributors to its spread, and in particular, their use of felt soled wading boots, or “felts”.

Flash forward to the present. As of January 2014, seven states (Alaska, Maryland, Missouri, Nebraska, Rhode Island, South Dakota, and Vermont) have banned the use of felts. Five additional states (Idaho, Maine, Montana, New Mexico and Oregon) as well as New York City have considered doing so. Fly fishing equipment manufacturers have of course responded to this, and now make predominantly rubber soled wading boots. It all seemed so simple- felt soled boots transfer invasives from one watershed to another. The solution- switch from felt soled to rubber soled boots; problem solved!

If only anything in life were so simple! Let’s revisit the logic of this response. We have learned a great deal about whirling disease since it was first recognized. For starters, the myxobolus parasite is not native to North America. It was introduced to this continent from the Eurasian continent in the 1950’s with the importation of infected fish by “fish culturalists”. For any who are unfamiliar with this old term, it refers to those who “enhance” our fishing opportunities through the use of hatcheries and stocking. Once here, the myxobolus parasite spread from hatchery to hatchery, and hatchery to watershed with the release of infected fish.

The myxobolus cerebralis parasite has a two-host life cycle, involving tubifex worms and salmonids, mainly trout and salmon. Briefly, myxospores of the parasite present in the water are ingested by tubifex worms, which are a common worm found in muddy stream bottoms. Once ingested, the myxospores multiply and transform to the next stage, the triactinomyxon spore, or TAM spore. TAM spores are released into the water, where they infect salmonids by entering through the skin. Fish can also become infected by eating an infected tubifex worm.

Fingerling salmonids are most susceptible. The parasites quickly spread to the brain and spinal cartilage, causing spinal deformities and difficulties with equilibrium. This causes a peculiar whirling, swimming motion. It is this abnormal swimming motion that has given rise to the popular name, “whirling disease”. The impaired fish die, and release myxospores, starting the cycle all over again. Rainbow and cutthroat trout are most susceptible, while brown trout, grayling, salmon and bull trout are least susceptible.

Let’s return to the original problem, the spread or transport of organisms. According to the Whirling Disease Foundation, INFECTED FISH are the primary vector! This can occur naturally through migration, but more commonly through stocking of infected fish. Other means of spread include the transport of infected fish-parts by birds or other predators.Fishermen contribute with the use of fish parts for bait, disposal of cleaned fish-parts in or near streams and the transfer of water from one watershed to another, mostly in boats. The transport of spores on equipment such as felts plays a minimal role.

Enter rubber soled wading boots. We have now gone through multiple generations of rubber soled boots, using abrasive materials in the rubber, and a variety of tread designs. Most now also come with metal studs or steel plates, all in an effort to provide a stable platform for the wading fisherman.

What is the trade off when switching from felts to rubber? My own observation is that rubber soles may be safer if wading in snowy conditions, and they are more comfortable if hiking a distance while fishing. However, in all other regards they perform less adequately, especially from mid-summer until winter, when most fishermen are on the streams. It is during this period that rocks in the streams become coated with a bit of algae, making them quite slippery. This of course is why felt soles were created in the first place, to make it safer to wade in streams with slippery rocks and other hazards. Simply put, the continued use of felts will help prevent falls, broken rods and broken bones. Every time I read of a fly fisherman who has drowned, I wonder whether they had a heart attack or stroke, or whether they slipped and fell, resulting in a concussion that disabled them sufficiently to drown.

So then, is there anything magical about rubber soled boots that prevents the spread of whirling disease? The answer is a resounding NO! Again according to the Whirling Disease Foundation, the principle means of mitigating the spread of whirling disease by wading fishermen is to thoroughly clean and dry their wading equipment. It is simply easier to wash rubber soles than felt soles, and they dry more quickly.

So what are we to do? I personally place a very high value on my safety, but I also want to protect and preserve our watersheds. I think the solution is to better educate all involved in the sport of fly fishing, including those who regulate the equipment we use. Felts provide the safest foot wear for wading in almost all conditions, and hopefully they will not be phased out. To protect our watersheds, they should be washed and thoroughly dried before being used in a different watershed. This becomes a challenge only when changing watersheds during a single day, or before the felts have had a chance to dry completely. The solution to this is to have more than one pair of felt-soled boots available. It would also be helpful if heavily used stream access areas had a tub of chlorinated water with a scrubbing brush for cleaning wading equipment and killing the TAM stage spore.

I personally think that the “environmental risk/fly fisherman safety equation” lies heavily in favor of the continued use of felts. Wading fishermen have at worst contributed minimally to the spread of whirling disease. With appropriate measures that assure the use of clean, disinfected and/or dry wading equipment, even this minimal contribution can be eliminated.

Felts were created to help assure the safety of the wading fisherman, and I think that this should not be forgotten as we address the problem of watershed invasives.

One thought on “Conservation Controversy- Felts vs. Rubber”