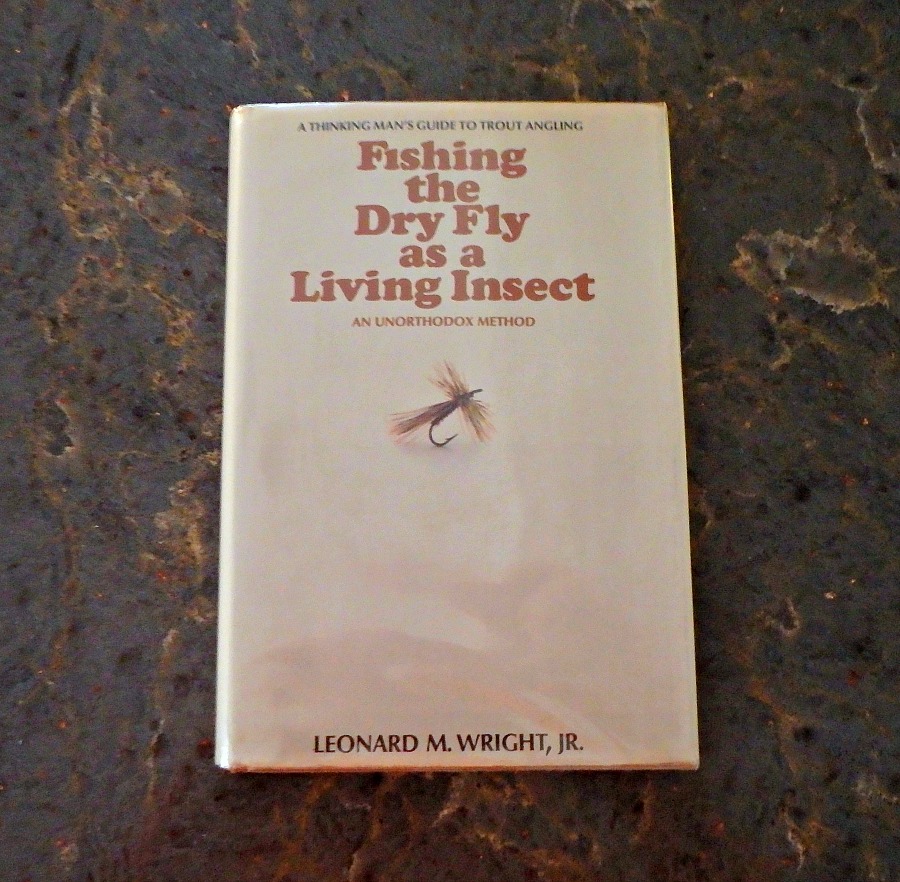 I think that Leonard Wright Jr. is one of the twentieth century’s most overlooked fly fishing authors. Well known to his contemporaries, his works have been “lost” over time. I found his first book, “Fishing the Dry Fly as a Living Insect” (1972), in a used bookstore in Ennis, Montana. It had a musty, old-library odor that I love, and cost $1.

Wright was a free-thinker who challenged many of the tenets of fly fishing, often rankling “authorities”. In his day, it was dry-fly fishing dogma to present the fly with a “perfect downstream drift”, that is, free of abnormal movement or drag. Yet haven’t we all had the experience of movement, by accident or intention, resulting in a vigorous take by a lurking trout? Mr. Wright took this observation, and tested the hypothesis that movement imparted to a dry fly is in many circumstances superior to the classic dead drift.

His writing style is easy to read, and reveals a bright, inquisitive mind, driven by keen observation and experimentation. One of his observations was that both hatching and egg-laying caddis orient their movements to the water surface in an upstream direction. He then experimented with his fluttering fly pattern, presenting it to rising trout. A downstream twitch, similar to drag, usually led to refusals. But an upstream twitch usually led to strikes.

He covers a great deal more in this modest-sized book. Topics include flies of his own design, subsurface fishing, trout lies, feeding patterns, and much more. But I found the most compelling aspect was his discussion of dry-fly fishing and his repartee’ with “Halford’s Dry Fly Doctrine”. I found this to be a great read!

If you find that you like his writing, you might enjoy reading others of the dozen books that he has written. Another that I especially enjoyed was “The Ways of Trout: When Trout Feed and Why”.  In the third section, he explores possible feeding triggers. He again takes a scientific approach, and conducts a series of streamside studies to test a number of common and uncommon theories. I won’t spoil the read by disclosing his conclusion(s), but you will likely be surprised!