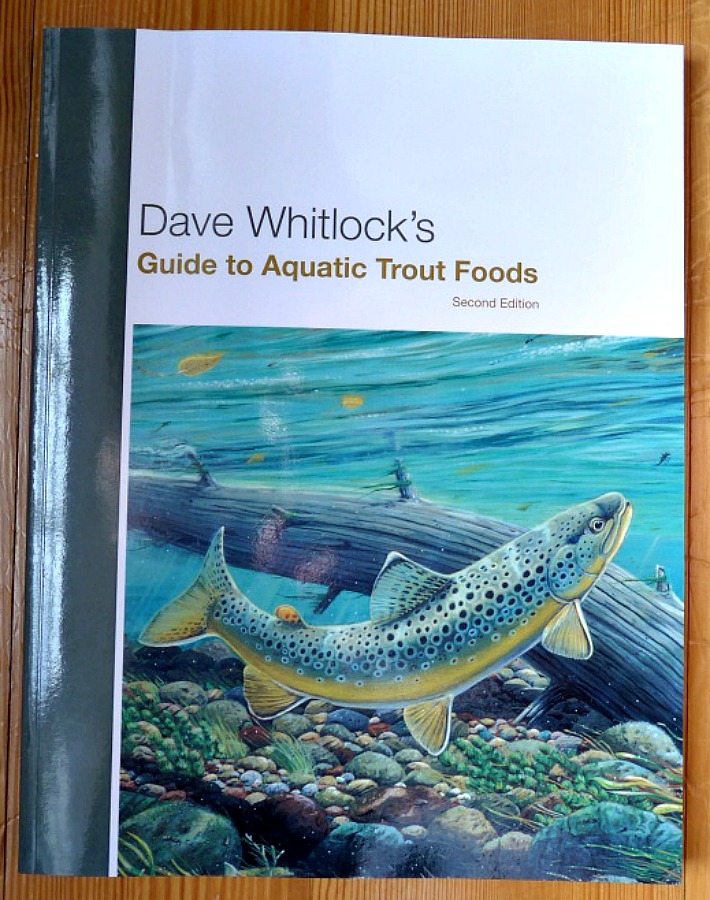 It’s wintertime, a historic blizzard blew through last week, and days fit for fly fishing seem few and far between. For me, it’s a time to read some new books, and to re-read some oldies. In this article, “Fly Fishing Book Reviews”, I will review several great books that I found this past year.

Although I have embraced electronic books, even publishing my own fly fishing book, “The Ramblings of an Aging Angler” electronically, I continue to love the musty, old-library odor emitted by aging, paper-bound books. Thus I frequent the used book sections in antique stores, always on the lookout for a new or unfamiliar author. The first book review is of such a book, which I plucked from a shelf in a store in Ennis, Montana for $1.00. It was written by Leonard M. Wright, Jr., an author that I was unfamiliar with, and titled “Fishing the Dry Fly as a Living Insect” (1972- available on Amazon).

The dry fly fishing dogma for the past hundred and twenty plus years has been to present the fly with a “perfect downstream drift”, that is, free of abnormal movement or drag. Yet we have all had the experience of imparting, by accident or intention, a twitch to the fly, which often resulted in a vigorous take by a lurking trout. Mr. Wright has taken this observation, and tested the hypothesis that movement, imparted to a dry fly, is in many circumstances, superior to the classic, dead drift. Here are some selected exerpts-

His writing style is easy to read, and reveals a bright, inquisitive mind, driven by keen observation, which leads to experimentation. One of his observations was that both hatching and egg-laying caddis orient their movements up to the surface in an upstream direction. He then noted that the abnormal movement imparted by drag to artificial flies, which trout react negatively to, was downstream. Next, he experimented with his fluttering fly pattern, and confirmed that a downstream twitch usually led to refusals, while an upstream twitch usually led to strikes.

He covers a great deal more in this modest-sized book, including flies of his own design, subsurface fishing, trout lies, feeding patterns, and much more. But the most compelling aspect is his discussion of dry fly fishing, the repartee’ with “Halford’s Dry Fly Doctrine”, and  the development of a different approach to presenting a dry fly, by imparting life to a feather  covered hook floating on the water’s surface. I found this to be a great read!

If you find that you like his writing, you might enjoy reading other of the dozen books on fly fishing that he has written. Another one that I especially enjoyed was “The Ways of Trout” (1985). In the third section, “The Ways of Trout: When Trout Feed and Why”, he explores possible feeding triggers. He again takes a scientific approach, and conducts a series of streamside studies to test a variety of common and uncommon theories. I won’t spoil the read by disclosing his conclusion(s), but you will likely be surprised!

The next book review is of Dave Whitlock’s “Guide to Aquatic Trout Foods”, 2nd edition. I have read many books covering aquatic insects, and most, in my opinion, suffer from becoming too detailed, more suited to a taxonomist wishing to identify each specie of insect than to a fly fisher wishing to present a reasonable facsimile of an insect to feeding trout. Whitlock avoids this trap, and keeps his discussions at the “order level”, that is, the large groups of insects, mayflies/ephemeroptera,  caddis flies/trichoptera, stoneflies/plecoptera, and midges/diptera.

He provides enough information about each order to allow the fly fisher to recognize it when streamside, and understand its lifecycle. Most importantly, he focuses on the stages of each order’s lifecycle that are most available to trout as food, how to imitate them, and how to fish them. A few excerpts-

“The midge pupae, particularly emerging ones that swim or rise to the surface film to transform into adults, are the most vulnerable and attractive midge forms to trout. They are easy to imitate with artificial flies. As the pupae rise en masse and collect in the surface film of a lake or stream, they attract trout of all sizes, which can scoop them up with minimum effort.”

“The rise and emergent subsurface float of the pupae is not lateral but quiet straight upward. The pupae emerging in a stream will be carried by the current downstream and are somewhat helpless. I fish the emergent-pupa imitation rising to the surface or still in the surface film of lakes. I fish the pupa in flowing water straight downstream, dead drift, with no lateral or across current movement. If across-current fly movement happens, the trout usually ignore or reject the fly.”

In addition, he provides recipes for imitative flies that he has developed for each stage, and tips on how to fish them. Other food sources, such as minnows, crayfish, etc., are covered as well.

Whitlock is also an exceptional artist (see book cover below), and his book is richly illustrated with pen and ink drawings. This is a book written by a fly fisherman, for fly fishers. I highly recommend it for anyone wishing to better understand how trout feed and how to imitate their foods. Come to think of it, isn’t that every trout fisherman?

Every Day was Special

For a change of pace, you might want to consider “Every Day Was Special“, by William G. Tapply. A lifelong fly fisherman who grew up in a fly fishing family, he went on to become an acclaimed mystery novelist, and a frequent contributor to “Field and Stream”, “Sports Illustrated”, and “Gray’s Sporting Journal”. For years he wrote a regular column, “Reading the Currents”, for “American Angler”.

In “Every Day Was Special”, he has collected many of his best columns, which reflect his wry observations about fly fishing and fly fishers in particular. A few exerpts-

“Annual trips are special because, well, they are annual. They come around at the same time every year. You can count on them, anticipate them, prepare for them. Fishing the same waters at the same time each year, you collect memories and accumulate wisdom. — One of the great advantages of establishing Annual Trips, according to Skip, is that they preempt non-fishing spouses from questioning, “Another fishing trip?” Get the dates written down in winter. Mention the annual trip in casual conversation. Weave it into the fabric of your life, like birthdays and Mother’s Day.”

“For most of us, catch-and-release is the equivalent of counting coup. It’s our way of defining our victory over the fish, and it allows us to feel triumphant without taking a life. This seems like enormous progress from less than a century ago, when creels were standard equipment and fishermen were routinely photographed standing beside a dead marlin or holding one end of a long string of 5-pound native trout.”

“In my family, the word “dam” didn’t need an “N” on the end of it to be a curse. We worshipped any landscape that a river ran through. The Army Corps of Engineers, which apparently existed for the sole purpose of stopping water from running freely, was the devil’s army. My father believed that the army corps built dams because the rivers were there and that’s all they knew how to do.”

“Hating dams, of course, is like hating progress, or hating civilization, or hating people. It’s easy and satisfying and justifiable depending on how you interpret your information. When I was a kid, I liked fish better than people. That was part of my family’s religion.”

“Sometimes I feel like a traitor to my father’s damn-the-dams religion. But Dad never fished any of the great tailwaters. If he had, I like to think that he was enough of a Yankee pragmatist to join me in my comfortable hypocrisy.”

It’s a fun read, and reads like a series of short stories, making it great for a brief interlude before bedtime.