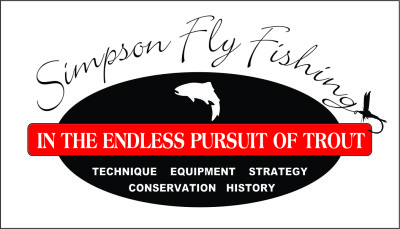 Is Montana’s Madison River Being Fished to Death?

I noticed a change last year, 2019, when fishing my home water in Montana, the Madison River. There were fewer fish, especially larger fish. So I was not surprised when the Montana Fish Wildlife & Parks agency released the results of their fish counts. They reported a 40% decline of brown and rainbow trout in the upper Madison River from 2018 to 2019. Rainbows suffered more than browns, being down 55%. Especially hard hit were fish over 2 years old.

No specific cause was found. Water temperatures have been stable, actually better, with repair of the Hebgen dam and resumption of the bottom release of water. No evidence of disease or toxic pollutants have been found either.

This year, I have found the fishing in the wade sections downstream of the dam to be the same, that is, poor when compared to years prior to 2018. In contrast, the fall run of fish from Lake Hebgen upstream has been excellent, with many large, healthy fish in the mainstem Madison. As these fish are thriving in the same water that passes downstream from the dam, it suggests that the water is not the problem. Rather, something is happening downstream of the dam.

In the absence of other detectable causes, I will advance the possibility that the decline is due to overfishing. According to Jeff Erickson (American Fly Fishing, fall issue 2020), angler days on the Madison River have increased fourfold over the past 30 years. I see the impact of this increase when I try to fish the Madison. In the wade section, it is no longer possible to hike far enough to escape other anglers and have a stretch of water to yourself. In the float section, boats are lined up several hundred feet apart, all day, almost every day of the summer season.

The estimated hooking mortality of catch and release fishing is 5%. Thus it is not the likely explanation of the observed 40-55% decline in fish numbers, even with the increased fishing pressure.

In the northern Rockies, trout have only a 3-4 month window with robust bug hatches which provide easy to catch food. It is during this time that they grow and gain weight. During the remainder of the year, they slowly lose weight. As anglers, we see this. Late summer fish are fat, colorful and strong. But after winter, they are skinny, pale and weak.

So what might happen if during their window of heavy food availability trout are constantly disturbed? When we throw a fly to a fish, we either catch it or spook it. In either instance, it stops feeding for a period of time, 20-30 minutes. If this keeps getting repeated, it doesn’t leave much opportunity to feed.

With the increased popularity of fishing, we may have reached a tipping point where catch-and-release and slot limits are no longer adequate. We may need to consider ways to reduce the effects of fishing pressure, such as designating “no fishing sections” of the river, either fixed or rotated. This would not reduce the fishing opportunity per se, and yet it would provide fish a haven in which to feed and procreate, undisturbed. This approach has been used with success on other rivers in Montana and in other states.

The 2020 fish counts haven’t been reported yet, but I would be surprised if they reveal anything other than a further decline. If that proves to be correct, I hope that reasonable minds can take steps to avert a disaster.