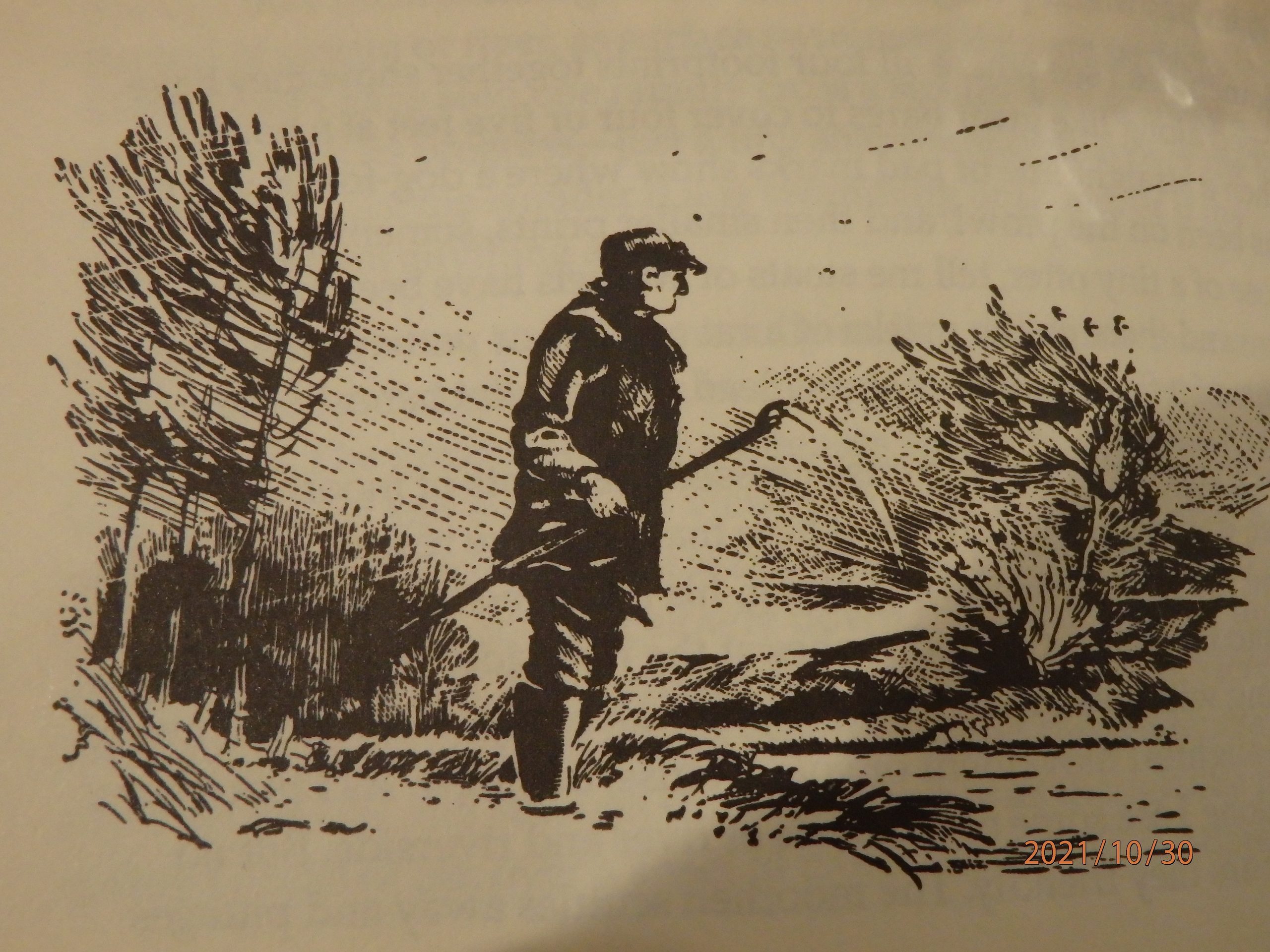 Perhaps best known for his later work, “Nymphs and the Trout” (1958), I recently found Sawyer’s first book, “Keeper of the Stream” (1952). He grew up along the banks of the Avon, one of England’s chalk streams. In 1928, at the ripe old age of 21, he was hired as the keeper of 6 1/2 miles of the Avon for the Services Dry Fly Association. He served as the keeper for the remainder of his working life, and became renowned for his knowledge of the life of a stream and its inhabitants.

In his own words, “A keeper’s job is to assist Mother Nature, and Mother Nature can be capricious. She has to be studied, and studied thoroughly before she can be assisted, or she strongly resents the interference”.

In “Keeper of the Stream“, he shares many of his insights regarding protecting and enhancing streams for trout. He removed aquatic plants with a scythe, introduced helpful species of plants, restored banks when trodden down by cattle and managed the riparian foliage. Each of these interventions and their effect upon the stream is discussed.

Over time, he became an expert aquatic entomologist. Some of his observations-

“Mature nymphs of all species show well defined wing cases and the lens will reveal that the whole skin is loose. To the naked eye the creatures appear to have a silvery sheen over the whole body-“.

“I saw it (nymph) struggle to force its way through the film, and the film bulge upward as though made of elastic. Again and again it tried, with pauses to regain energy. I counted the number of attempts and on the seventeenth it succeeded.”

And perhaps my favorite observation regarding mayfly behavior- “As the paired flies struck the water, the male scrambled on to the back of his mate, and used her as a take-off position to regain flight. As he rose into the air, his weight pressed the female deeper into the surface film, where she was hopelessly trapped, and remained until her life was ended in the jaws of a fish. Almost immediately the male found another mate, and the last I saw of them was their falling into the grass of the meadow. No, Nature knows neither chivalry nor remorse”.

His observations of flies and feeding trout led to the creation of the Sawyer Nymph, now known as the Pheasant Tail Nymph. His thoughts and directions on tying it-

“The trout’s view of a swimming nymph is to see the insect with its legs tucked in close to its body, and with these active nymphs the wing cases are a very conspicuous part. So in tying a representation these two features should be considered.

Hackles to suggest legs are unnecessary but the body should be built so that the thorax is accentuated. It should be remembered that the nymph has to sink rapidly through the water. I find it pays to dispense entirely with tying silk and to use, instead, a very fine copper wire of a color which merges with the general tone of the tying. With this fine wire I build up the body and thorax to make a base for the dressing and to give additional weight to the hook.” 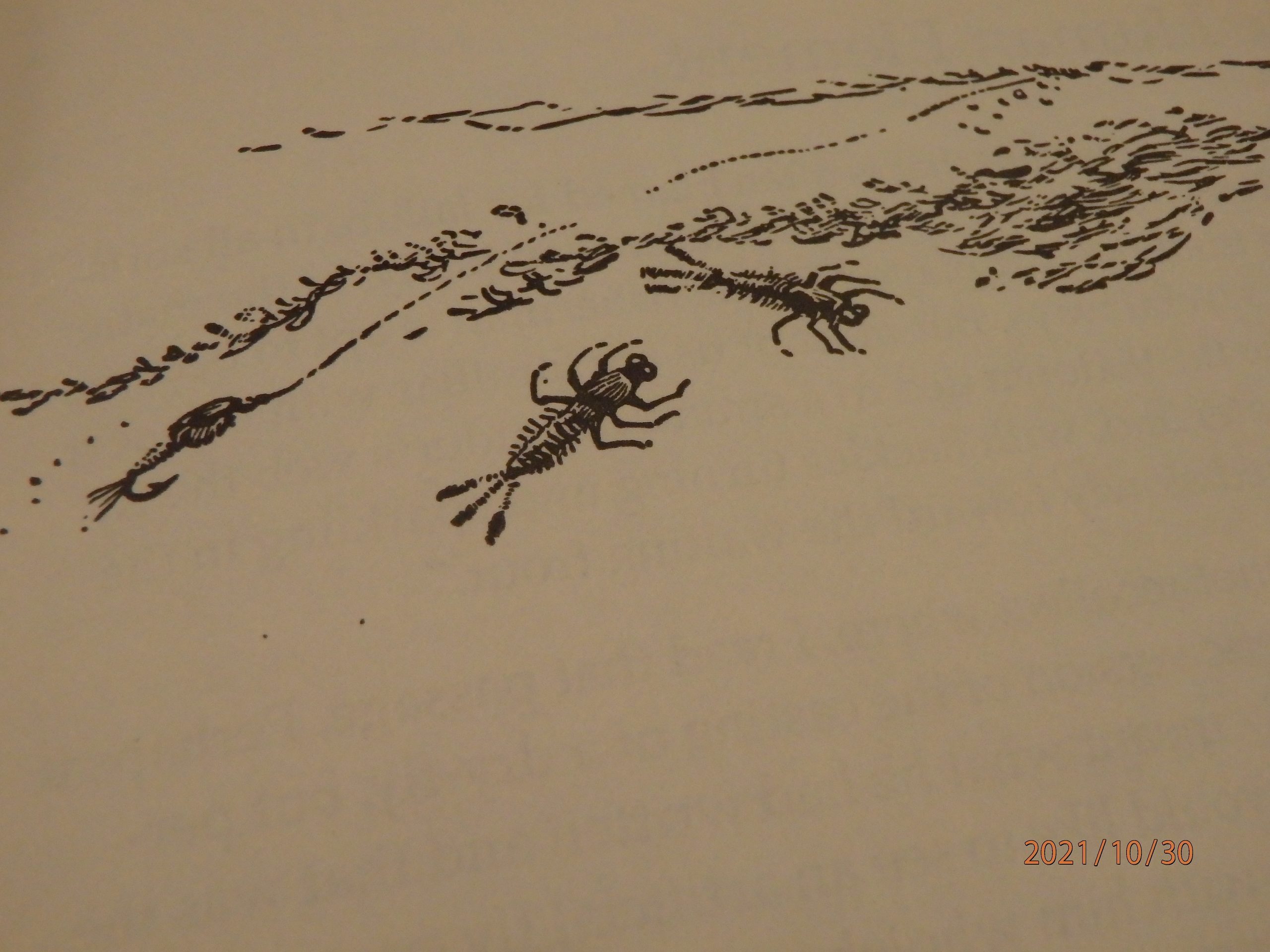 And some thoughts he shares on the sport of fly fishing-

“Some may say that the sport of fishing is in playing out a fish, but with this I cannot agree. I feel one gets the peak of satisfaction when the hook is driven home and one knows deception has been achieved.”

“- it is best to find out for yourself before trusting the information of others”. I guess fishermen have been lying for a very long time!

“Keeper of the Stream” is packed with information not usually covered in today’s works. It is well written, informative and entertaining to read. Many of the observations and thoughts are relevant to our efforts today to preserve and restore our degrading trout streams.

2 thoughts on ““Keeper of the Stream” by Frank Sawyer, a Book Review”