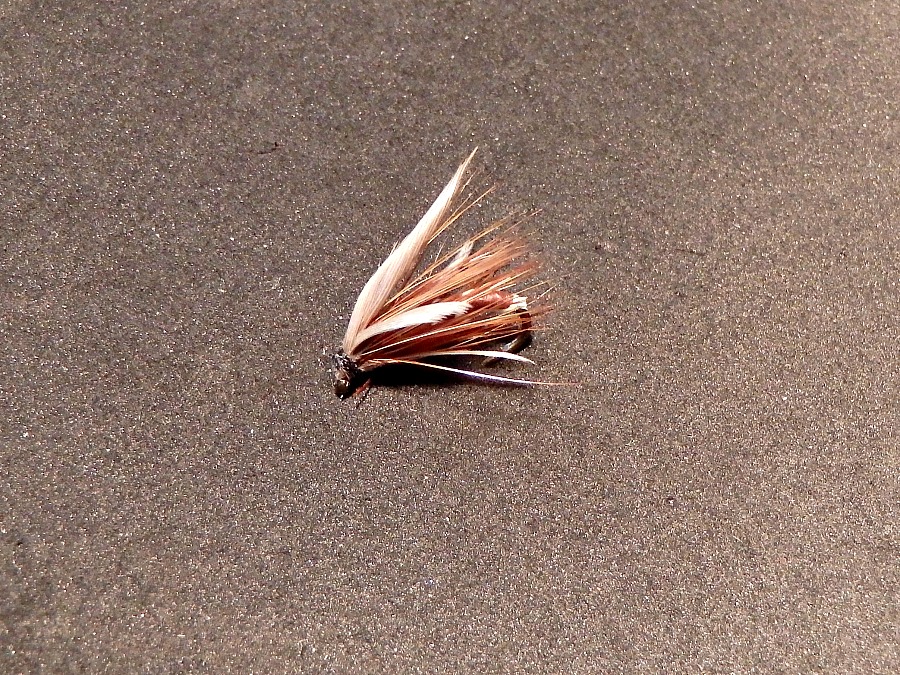 I recently saw a blog titled “How to Fish the Old-fashioned Winged Wet Fly”, and it gave me pause. The assumption has always been that until Pulman codified dry fly fishing in 1851 in the “Vade Mecum of Fly Fishing for Trout” (https://amzn.to/2K3uuCx), that fly-fishing was a subsurface affair. But is it possible that the old-fashioned winged wet fly was actually made to be fished on the water’s surface, i.e. dry? And if so, when did dry fly fishing really begin?

Early anglers were undoubtedly faced with many challenges to fish a fly on the water’s surface. Their hooks were heavy, their lines, horse hair and silk, absorbed water, and they lacked floatants to apply to their flies. Thus, their flies likely sank a good deal of the time, regardless of the anglers’ intent. But why was fishing with an artificial fly first begun?

The use of artificial flies was documented some two-thousand years ago. However, it wasn’t until the early 1400’s that the fly-fishing literature discovered thus far provided much information regarding fishing with artificial flies. At that time, the “Treatise of Fishing with an Angle” (https://amzn.to/3oXrK8d) , written by Juliana Berners (?), included a section devoted to trout fishing. Among the observations and advice she offered, I found the following-

“And you can angle for him at all times with a lying or running ground-line, except in leaping time, and then with an artificial fly.”

“From April to September the trout leaps; then angle for him with an artificial fly appropriate to the month.”

Thus, although aquatic insects and their life cycles had not yet been discovered or understood, anglers in the 1400’s did recognize that trout fed on the surface during the spring and summer months. Furthermore, it was obvious that they were feeding on insects. The Treatise goes on to provide descriptions of twelve flies to be tied and used during the months when trout fed on the surface.

Unfortunately, no tying instructions nor illustrations were included for the flies. Some four-hundred years later, Dwight A. Webster, using the descriptions provided, tied representative flies. They served as models for artist John Langley Howard, who painted them for publication. Most recently, copies of the plates were reproduced in “Quill Gordon“, authored by John McDonald,  and published in 1972.

As you can see below, Webster tied the flies with upright wings, appropriate for fishing on the surface, i.e. as dry flies.

This leaves us with several questions. Is Webster’s interpretation correct, or were the wings actually tied down, similar to today’s winged wet flies, as many have presumed? If so, were they fished wet or dry? And if they were tied upright at that time, when were they first tied down?

Some answers are found in the “The Experienced Angler“, written by Robert Venables in 1662. In it, he described both how to tie artificial flies, and how to fish them. Helpful excerpts include-

“for the wings, then I place such coloured feathers there, as I apprehend most resemble the wings of the fly, and set the points of the wings towards the head.”

So, let’s return to my two original questions. It appears that the old-fashioned winged wet fly, as described by Venables, was indeed designed to be fished subsurface, as a wet fly. Was he the originator of this fly pattern, or did it pre-date his description? And dry fly fishing? It appears that it began centuries, if not millennia, before Pulman began the “dry fly era” in the 1800’s. Perhaps future literary discoveries will provide more definitive answers to these questions.

One thought on “The Old-Fashioned Winged Wet Fly”